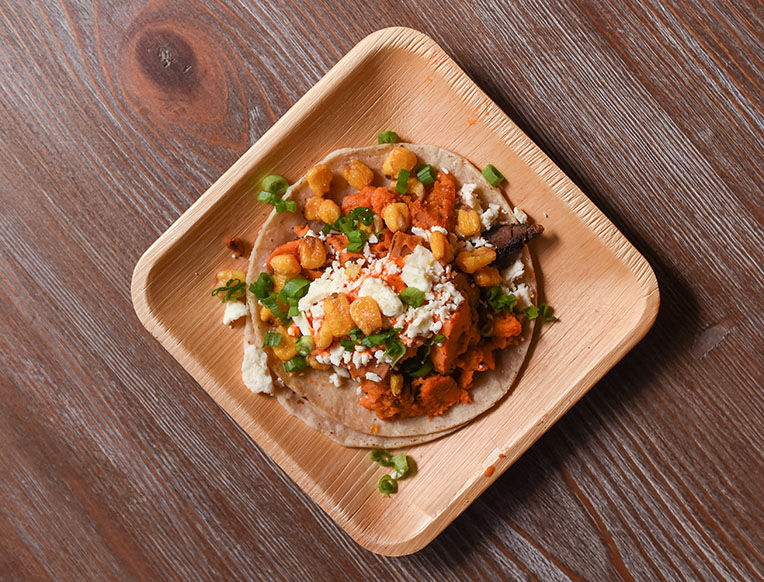 We’ve put together a long-overdue update of our classic guide to Los Angeles and Valley food trucks and the many different cuisines they occupy, from tacos to pizza to artisan coffee. Go on a socially distant adventure with your quarantine pod and grab a meal and maybe some dessert later! 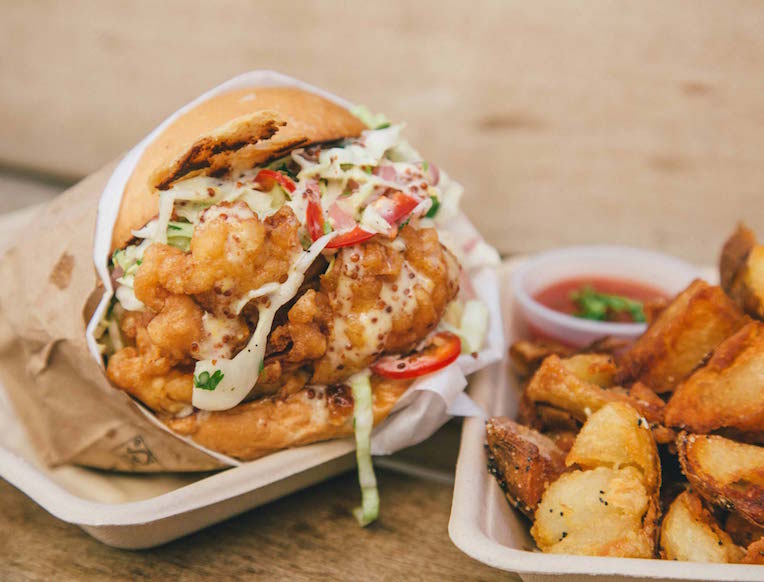 Free Range is indisputably one of LA’s best food trucks, and while everything on their menu is great, it’s their Original Free Range LA Chicken Sandwich that made them famous. Their tempura-fried chicken is unbelievably juicy and flavorful, and their Portuguese buns are the perfect width and density. Unlike so many other food trucks in LA, Free Range has a consistent daily schedule, so you always know where to find them—we like to hunt them down at the adorable Melrose Place farmer’s market on Sundays (just make sure to arrive early, before the line gets too crazy). 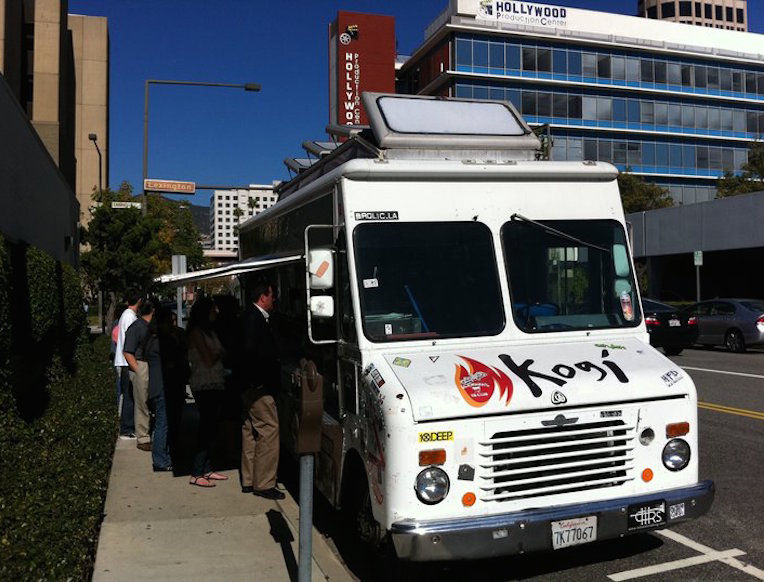 Food trucks are a staple of LA’s cultural identity. While they may be popping up in every major city across the world, it all started in Los Angeles. More specifically, it started with the Mexican food trucks that drove to construction sites, until the concept was revolutionized by Roy Choi and his Kogi truck, where he invented a hybrid of Korean and Mexican deliciousness (think kimchi on tacos instead of salsa). 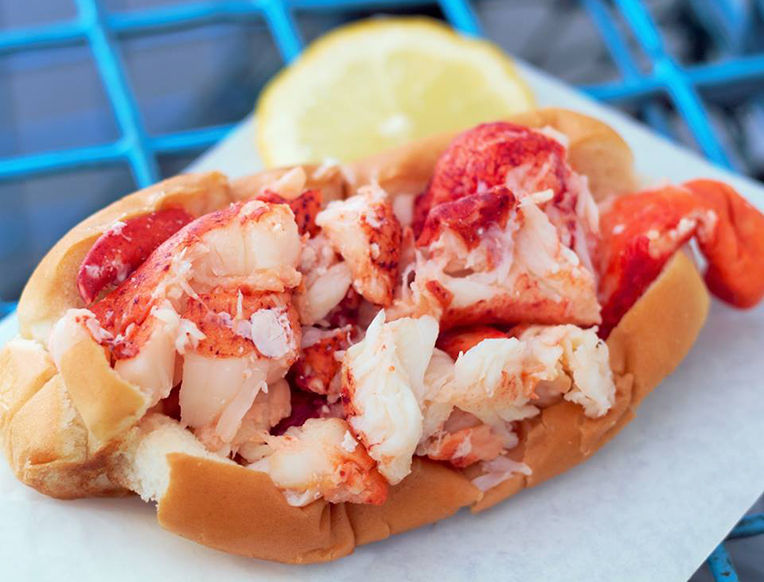 Founded by actual cousins Jim and Sabin, who both come from Maine but now live full-time in Los Angeles. The organization has expanded in big ways since the early days, now boasting trucks in more than 10 cities, a brick-and-mortar on Santa Monica, and mail-order lobster feasts available through their website. That said, the LA trucks are the originals. Lobster is shipped in fresh from Maine, and rolls are served both warm and cold (we actually like them equally—it kind of depends on your mood and taste). 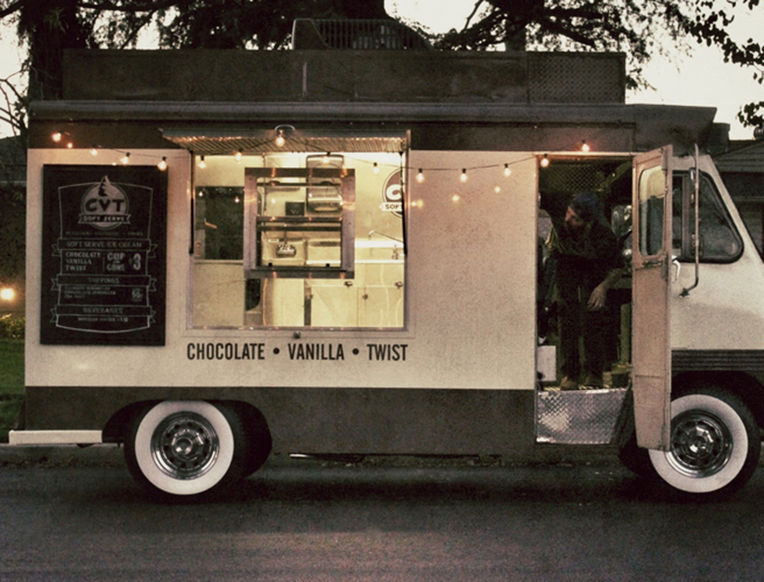 Served out of a 50-year-old truck named Charlie, CVT offers soft-serve the way it was meant to be served—simple. Your only choices are vanilla, chocolate, or a twist of both, with an option of added sprinkles or sea salt. But you only really need two topping options when the ice cream is this good. They have recently gone viral in the news and social media for being the “anti-influencer” truck. You can find them in Burbank and Sherman Oaks. 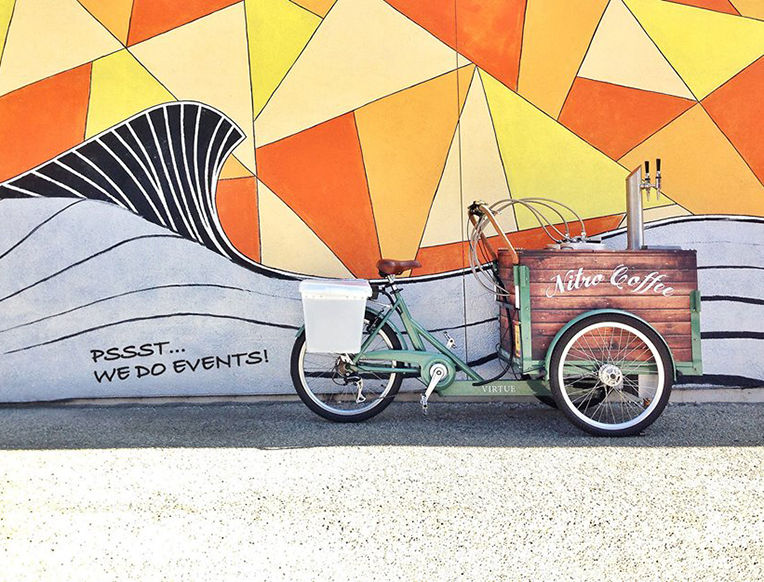 Okay, so technically this isn’t a food truck—it’s a tricycle. Headquartered in Santa Monica, this direct trade, micro-roast coffee company operates out of a three-wheeled vehicle outfitted with a brewing and kegging system that produces top-notch nitro cold brew. You can usually catch them somewhere in Santa Monica or Downtown, and they’re also available for private booking.