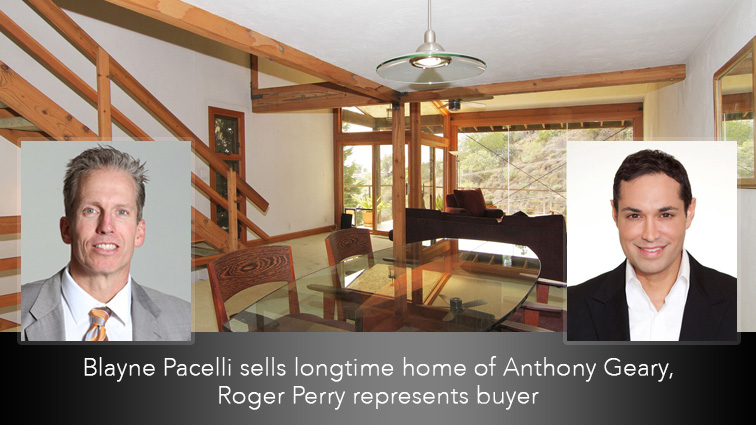 The 1979 home has 3 bedrooms, 2 1/2 bathrooms and an incredible view of downtown Los Angeles. The bedrooms are very generous in size, two of which have their own private bathrooms; the master bathroom comes with its own private balcony. The open kitchen flows into the dining and living areas. Wood beams on the ceiling add a rustic accent to the white color scheme throughout the three-story home. The 2,400+ sq. ft. property has reflective windows, allowing one to see out but not in. Public records show the home was purchased by Geary in 1982. The property video on his home received more than 43,000 views on YouTube since being posted in July.

Geary tells the listing agent that Elizabeth Taylor crashed over a few times—near the same time Taylor did a multi-episode arc on General Hospital. Geary didn’t confirm his affair with Taylor until 25-plus years later in 2010. After retiring from the show, the actor reportedly moved to Amsterdam. Geary is best known for playing the role of Luke Spencer on the ABC daytime drama General Hospital. The actor debuted on the show in 1978. He holds the distinction of winning a record eight Daytime Emmy Awards for Outstanding Lead Actor in a Drama Series.