Throughout the month of December, thousands of firefighters have been battling a series of wildfires across Southern California.

The Los Angeles Fire Department, along with several other crews from different areas deployed to assist, have been confronted with several brush fires in the past two weeks.

To show love and support to the local heroes, Rodeo Realty’s Sherman Oaks agent, Kevin Tidwell, decided to organize a food drop—an idea he said was inspired by his son.

“My son was concerned for the firefighters because they recently finished fighting the La Tuna Canyon fire and he heard they were suffering from exhaustion,” said Kevin. “He was interested in helping them, so I suggested we organize a food drop at the local fire house.”

Kevin began reaching out to his neighbors in Studio City and nearby areas to see if they wanted to help.

“The show of community support was incredible,” said Kevin. “I received texts, calls, and private messages from members of the community who wanted to contribute home cooked dishes, deserts, and miscellaneous things the firefighters needed.”

On Sunday, December 10, Kevin, along with others from the community, dropped off the food at the local fire station.

“The look on the firefighters faces was priceless when we finished bringing in the food from the cars,” said Kevin. “Food covered every available surface in their kitchen. We did not just provide them with dinner; we provided them with a feast!”

Kevin said the firefighters were thankful for the community support.

“I was humbled and grateful that my son got the opportunity to see how members of the community could come together and do something nice for the firefighters who are on call 24/7,” said Kevin. “I feel so lucky to live in this community full of kind people who are willing to go out of their way to support the firefighters.”

On Sunday, August 27, the Pacific Palisades community will gather to show their appreciation for the honor, sacrifice, and commitment the local fire fighters and police officers have made to the area.

The event will be held at the Chabad Jewish Community Center and will be from 4 – 7 p.m. Everyone is invited to attend and enjoy some great BBQ and entertainment for te entire family.

Rodeo Realty is showing their appreciation towards the firefighters and police officers, and co-sponsoring the “Palisades Community Gratitude BBQ” event.

Fire fighters from Palisades Stations 69 and 23, as well as police officers of the LAPD assigned to the Palisades, will be in attendance.

The event is being hosted by Chabad and the Palisades Jewish Early Childhood Center.

To purchase tickets for the event visit, www.chabadpalisades.com/BBQ.

Address to the Chabad of Pacific Palisades is 17315 W. Sunset Blvd. 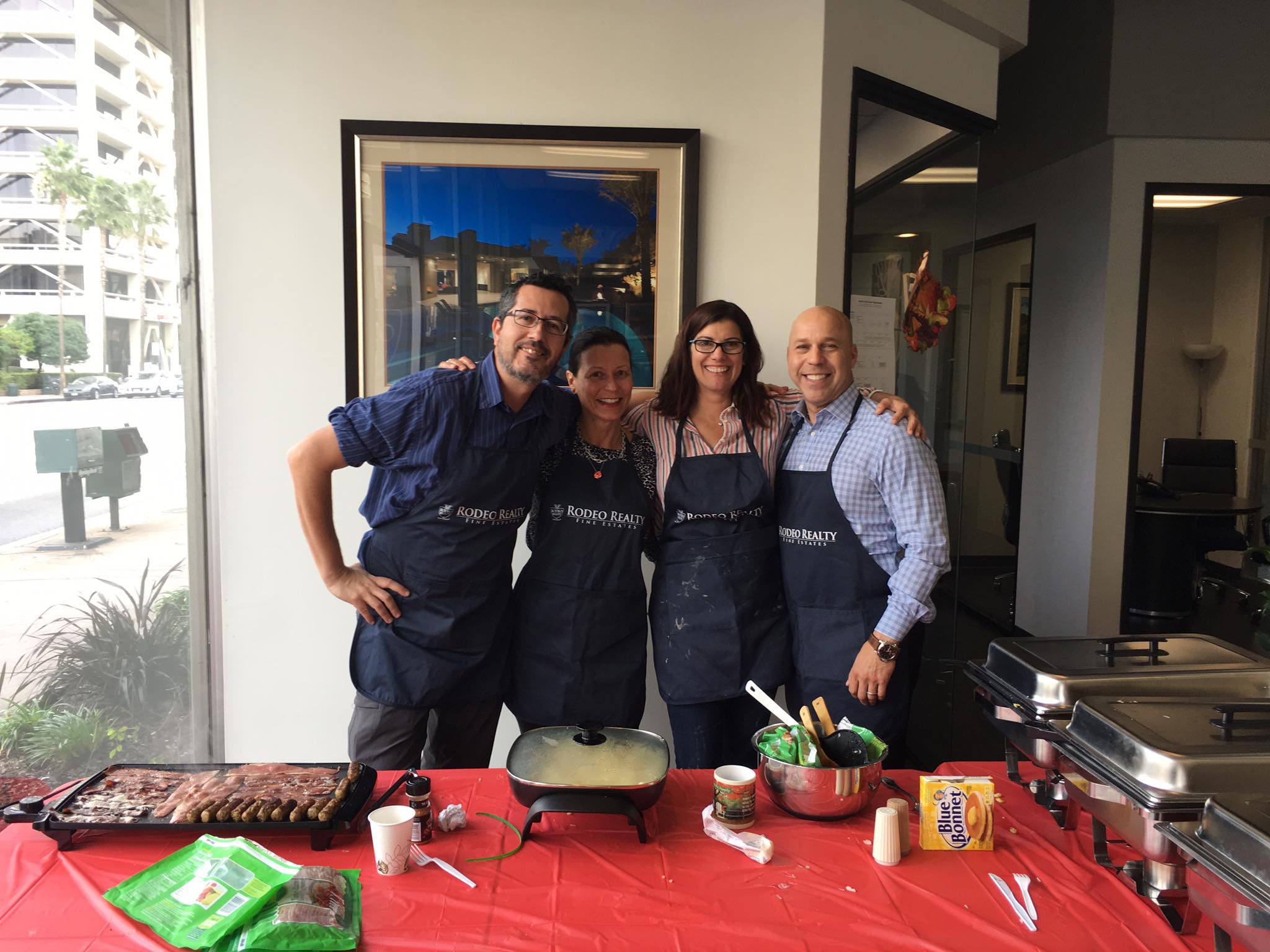 On Wednesday, November 16, Rodeo Realty’s Sherman Oaks manager Jason Katzman and staff from the office cooked breakfast for the agents. The staff put together the early event to thank all of the agents in the office for their hard work and dedication. Agents enjoyed a breakfast that included, eggs, bacon, sausage, waffles, and hash browns–all cooked by the staff!