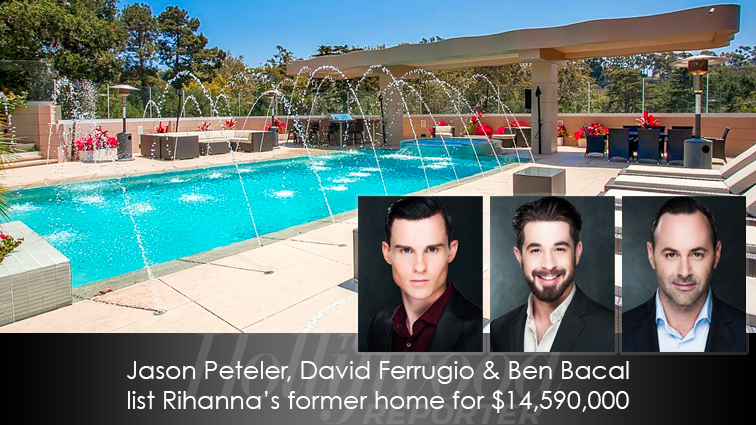 The Pacific Palisades home once occupied by singer-songwriter Rihanna is back on the market for $14,590,000. The property is listed by the Ben Bacal Estates Team: Ben Bacal, Jason Peteler and David Ferrugio of Rodeo Realty. 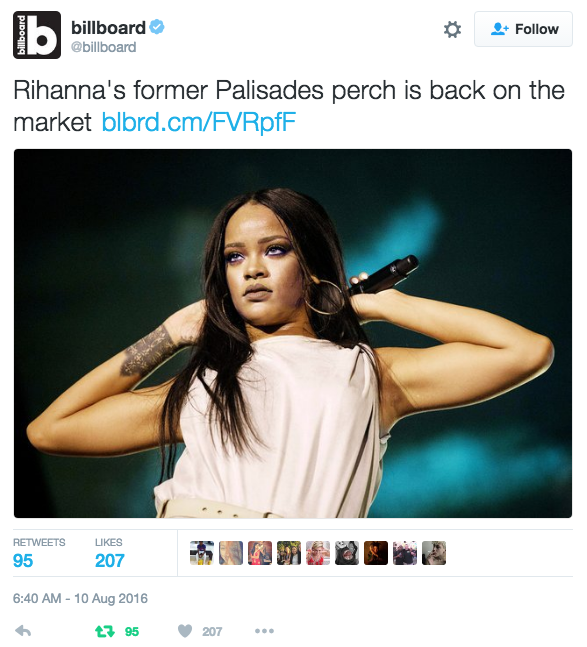 The star’s former palace has been has made news this week in Billboard, PEOPLE, The Hollywood Reporter, and The REAL Deal. 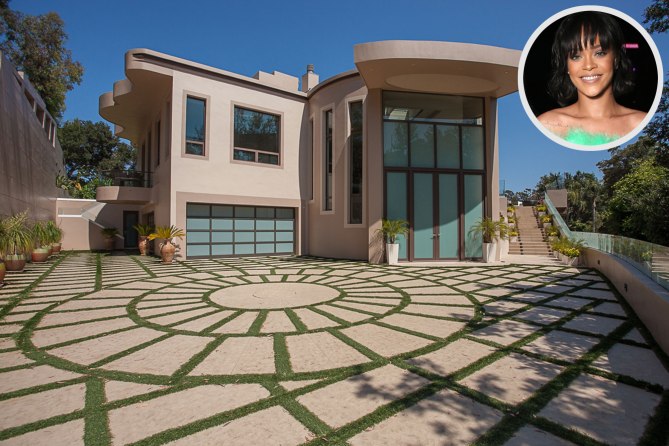