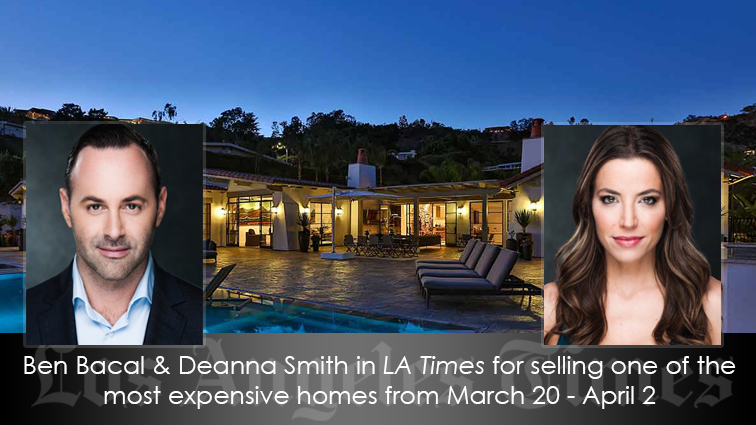 In an article this weekend, the Los Angeles Times featured the most expensive homes sold in the last two weeks in Los Angeles.

The newspaper believes the recent transactions in the Bird Street area may signal a takeoff for higher-end homes.

One home featured is 9212 Nightingale Drive. The Doheny Estate, listed by Rodeo Realty agents Ben Bacal and Deanna Smith, was sold for $13.2 million recently. The 5,000-square-foot home on more than half an acre features an open floor plan with beamed ceilings, slate floors and two master suites. Five bedrooms, seven baths, a living and dining room and a chef’s kitchen are all within the house.

Outside, the single-story home has a large entertainer’s patio and an infinity-edge swimming pool.

According to the Los Angeles Times, the property was marketed by Bacal as the site for a 12,000-square-foot home that, when developed, could garner as much as $70 million.

The Hollywood Hills West home was one of four homes featured in the article. To read the entire story, click HERE