Los Angeles Mayor Eric Garcetti has announced that 71 streets throughout Los Angeles will be getting new, enforceable speed limits. Of those, 26 (94.32 miles) will see increased speed limits, while 45 streets (52.63 miles) will see limits decreased, according to the Mayor’s office. Garcetti said these new limits will “help slow drivers down, [and] help LAPD enforcement step up to remind Angelenos the rules of the road.”

The new limits are part of Vision Zero, an initiative that aims to eliminate traffic fatalities in L.A. by 2025. Vision Zero identified a High Injury Network, or roadways where serious crashes most often occur. New speed limits have been put in place on 98.4% of those roads (or 68% of all L.A. roads).  The city hopes to have enforceable limits on all L.A. streets by the end of 2018.

You might be wondering how allowing motorists to go faster makes streets safer. Well, that’s all tied up in California law.

Police are only allowed to enforce speed limits on roads where a speed survey has been conducted in the last five to 10 years. Speed studies take into account residential and business density, collision history, pedestrian and cyclist safety, and the average speed of drivers in low traffic. Los Angeles’ speed surveys fell to the wayside during the Recession, meaning police were unable to issue citations.

According to Curbed LA, state law also determines the speed limit in all California cities using the 85th percentile rule. Essentially, the speed limit must be set to whatever speed at which 85% of motorists are driving. So if 85% of drivers are going faster than a city might like, the city still has to set the speed limit at that number.

“The reasoning is that 85% of people drive reasonably and 15% do not,” David Roseman, a city traffic engineer for Long Beach, told the L.A. Times in 2005. “So we should be designing our speeds to accommodate reasonable drivers.”

Curbed notes that State Assemblymember Laura Friedman is attempting to change that, but for now, those are the rules.

The good news is that police can now ticket motorists who exceed that limit, and they’re bumping up enforcement. The LAPD has set aside $1.5 million in overtime funds for that purpose.

Below is a map of the affected streets. 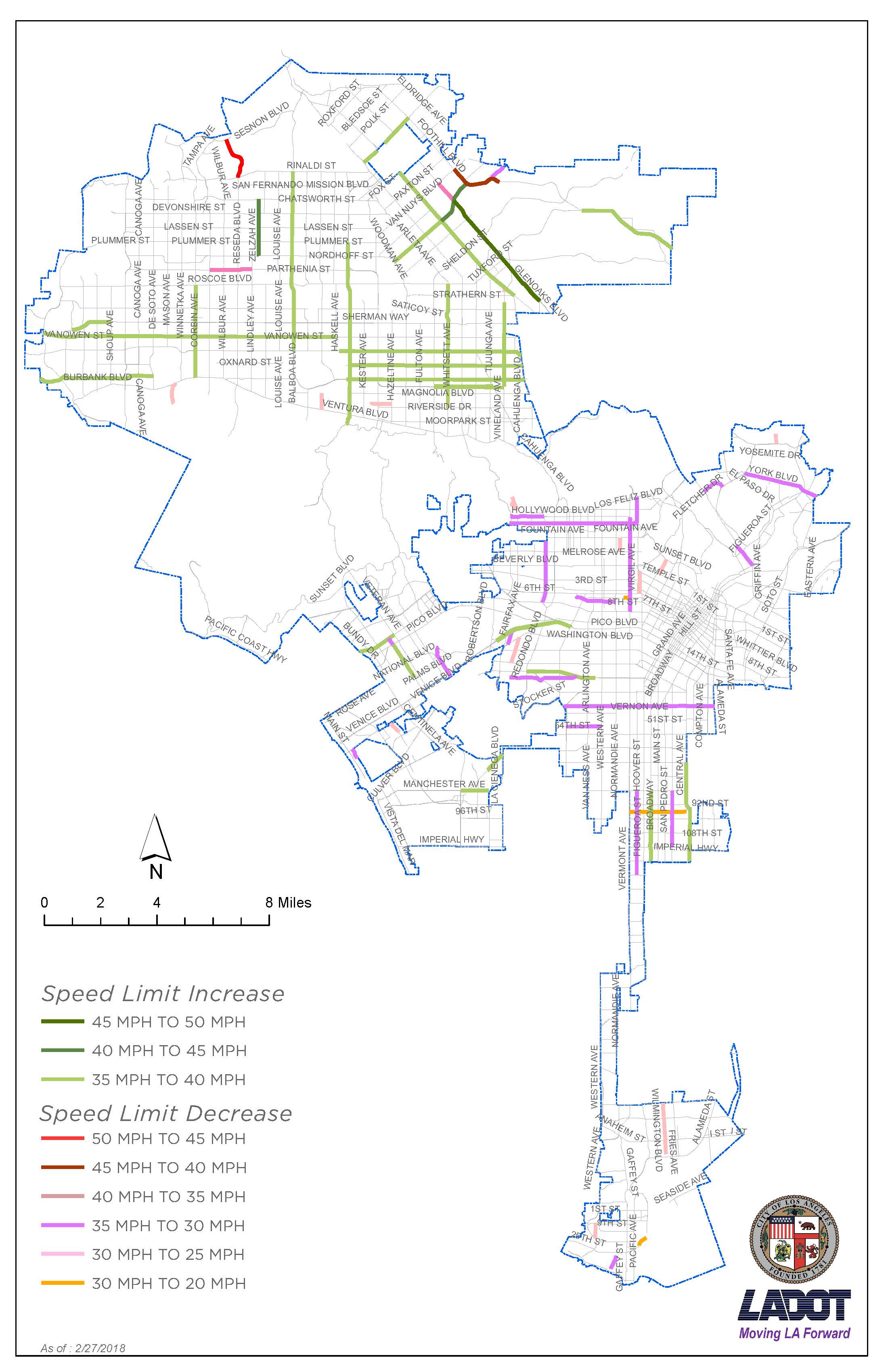