August Job gains slip to 142,000, fewest of 2014. Job reports for August came out this week with some disappointing number. U.S. employers added 142,000 jobs in August as payroll growth slowed significantly after six months of strong gains, the Labor Department said Friday. The unemployment rate, which is calculated from a different survey, fell to 6.1% from 6.2% in July, the Labor Department said. Until August, employers had added 200,000-plus jobs for six straight months — the longest stretch since 1997. Last month, businesses added 134,000 jobs, with professional and business services and healthcare driving the increase. Federal, state and local governments added 8,000. Job gains for June and July were revised down by a total 28,000. June’s was revised to 267,000 from 298,000 and July’s to 212,000 from 209,000.While the August tally was disappointing, it could get revised upward in future months’ reports.

Average Mortgage Rates Hold Steady this week at 15 month lows. The average 30-year U.S. mortgage rate last week remained at a 52-week low of 4.10 percent for the third straight week. Mortgage company Freddie Mac also said Thursday the average for a 15-year mortgage, a popular choice for people who are refinancing, slipped to 3.24 percent from 3.25 percent last week. At its 52-week low of 4.10 percent, the rate on a 30-year mortgage is down from 4.53 percent at the start of the year. Rates have fallen even though the Federal Reserve has been trimming its monthly bond purchases, which are intended to keep long-term borrowing rates low. The purchases are set to end in October. The average fee for a 30-year mortgage was 0.5 point, unchanged from last week. The fee for a 15-year mortgage fell to 0.5 point from 0.6 point. The average rate on a five-year adjustable-rate mortgage was stable at 2.97 percent. The fee stayed at 0.5 point. For a one-year ARM, the average rate edged up to 2.40 percent from 2.39 percent. The fee dipped to 0.4 point from 0.5 point.

The average rate for a standard 30-year fixed loan with a 20% down payment has not been above 4.15% since mid-June. Mortgage professionals said solid borrowers who are willing to pay 1% of the loan amount in upfront discount points can lock in 30-year fixed rates for less than 4%. The low rates and higher home prices have made it easier for some homeowners who missed the sub-4% rates in 2012 and early 2013 to refinance their home loans now.

Mortgage applications increased slightly from a week earlier, as refinances hit their highest level since March. The Mortgage Bankers Association’s weekly composite index found that mortgage loan application volume rose 0.2% on a seasonally adjusted basis for the period ending Aug. 29. The week before, the index was up 2.8%. Refinance activity increased 1% week over week and now represents 57% of total applications. Meanwhile, the purchase index decreased 2% on a weekly basis and accounts for 35% of all application volume. The other 8% of total applications were adjustable-rate mortgages.

The Benchmark US 10 year Treasury Note yield edged up slightly to close the week at 2.46% it was 2.35% last Friday.

Case-Shiller Redo Shows Less Severe U.S. Home-Price Slump. The collapse in U.S. home prices that stoked the worst recession since the Great Depression wasn’t quite as severe as initially estimated, according to data from S&P/Case-Shiller. Property values nationally fell 26 percent from the February 2007 peak to the December 2011 trough, not 34 percent as previously reported, revised data showed last week. The index will now be issued monthly rather than quarterly. Nationally, home values have climbed 19.4 percent since touching bottom almost three years ago, the new data show. They’re now 11.6 percent off the prior peak, compared with a previously estimated shortfall of 18.6 percent through the first quarter.

We are seeing increased activity this week after a slower week or so at the end of August. It seems like now that people have returned from vacation and school has started, open escrows have increased! 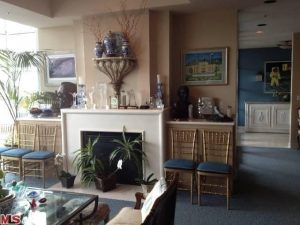 Legendary astronaut Buzz Aldrin has sold his Wilshire Corridor condo. As reported by the Los Angeles Times, Rodeo Realty’s Peter Maurice represented the buyer. The three-bedroom condo has an open floor plan and floor-to-ceiling windows with fantastic views of the city, the Wilshire Country Club golf course, and beyond. Aldrin, who is now 84, was the second man to walk on the moon in 1969.

This gorgeous architectural newly listed by Joe Babajian and Stephen Walton of Rodeo Realty has quite the celebrity history. As Zillow reports, the modern home on a private cul-de-sac in Los Feliz was previously owned by actor Jack Black and his wife Tanya Haden. Black  bought in 2006 and he and Hayden did a major remodel. They sold the home once they had children.

The home has walls of glass, steel commercial beams, and concrete floors. The gourmet kitchen opens to the great room. The master suite includes a spa-like bath. Outside there is a large swimmer’s pool, water elements, and outdoor dining pavilions that are the perfect spot to entertain. It is listed for  $2.899 million.

Rodeo Realty’s Geri Berger was the buyer’s agent as young heartthrob and mid-century design aficionado Zac Efron sold his home in Hollywood Hills West for $2.775 million as reported by the Los Angeles Times. This angular beauty was designed for the famous Case Study Program by Rodney Walker but  built after the program in 1947. The stylish home has walls of glass, hated concrete floors, two bedrooms, 2.5 bathrooms and 2,424 square feet of living space. Outside there is a lush flat lot with an infinity pool with an ozone system and an outdoor living room area. 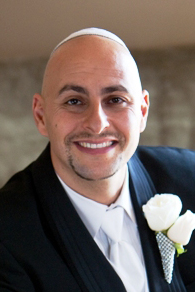 As home prices rise and the economy recovers, there is an increased interest in having larger homes. However Los Angeles restricts the size of new and renovated homes. This has resulted in some tensions between property owners, builders, and local politicians. Ron Maman of Rodeo Realty Sherman Oaks was part of a Los Angeles Times feature on anti-mansionization rules and their impact on local neighborhoods.  He moved from Beverly Grove to Encino in order to have more room for his family. Maman pointed out that tighter restrictions on home sizes can impact home values. “You’re putting a ceiling on what people can do with their properties,” he said in the article. Read the full article on the LA Times website.

As Trulia reported, the Spanish-style home in Hollywood was one of the first homes in the Lake Hollywood area. It was built in 1928 and later restored with traditional Spanish-style elements, including arched doorways, leaded glass windows, hand-carved wood beams, chandeliers, and tile floors. The four-bedroom home has a custom-built entertainment room with a bar, pool table, and porthole windows that look directly into the pool. The home also has a large garage with room for 10 cars and a hoist. 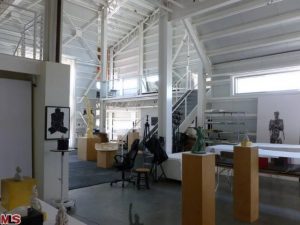 As the L. A. Times reported this week, Anjelica Huston has sold her home in Venice for $11.15 million. Huston shared the one-of-a-kind five-story contemporary with her late husband, sculptor Robert Graham, who had his studio there. The home is steps away from Venice Beach and includes 13,796 square feet of loft-like live/work space with a dance studio, a gym, a library/study, a media room, an office, three bedrooms and 3.5 bathrooms. Gregory Bega of Sotheby’s International Realty and Mary Kay Nibley of Rodeo Realty were the listing agents.

Renting a room or apartment in a luxury home can be the best of both worlds, it’s a chance to experience a beautiful way of living without paying the full mortgage.

The Wall Street Journal recently ran a story on the phenomenon of luxury home owners sharing their homes with tenants. The lead image of the story featured Rodeo Realty Calabasas agent Ron Tanzman, who rents a part of his 6,500-square-foot Mediterranean home in Calabasas to an attorney who pays rent and a  portion of utilities.In the article Ron highlights the benefits of the arrangement: “It’s a big house, so it’s kind of nice to have the company.” His renter Lori Amedei also looks in on his dogs.

Rodeo Realty founder and president Syd Leibovitch was recently named to the Swanepoel Power 200 (SP200). This new list is designed to be the most comprehensive list of influential CEOs, thought leaders and executives ever assembled in the residential real estate brokerage business. Trends analyst and New York Times, Wall Street Journal and USA Today bestselling author of over 25 books, Stefan Swanepoel compiled the list through a meticulous analysis that gathers up the leaders of the industry including franchise executives, real estate brokers, speakers, authors, educators, economists, technologists, media executives and social media networkers. Syd was named to the list for his role in leading Rodeo Realty to greatness as one of the top independent brokerages in the nation.

According to Rob Hahn, co-editor of the Swanepoel Power 200, rankings are based on multiple criteria that take into account the individual’s personal influence, his/her tenure in the industry, the office he or she holds, the decision-making power of said office, the financial resources of the company or organization, the company or organization’s significance and contribution to the industry, the company’s geographic reach, and his or her recent activities, growth, and potential.

It was a great month full of celebrity listings, community involvement, agent accomplishments and more. Read all about it in the Rodeo Realty Journal.