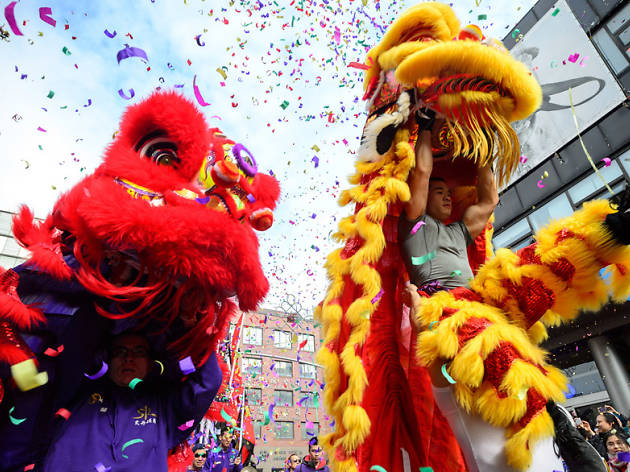 With the Lunar New Year quickly approaching, Los Angeles and it’s surrounding areas have already started on the celebrations. Mark the Year of the Golden Pig with these festive events happening in and around the city. Kicking off this weekend through February!

Event producer World Journal and a bounty of food vendors, entertainers and merchants invite you to celebrate the arrival of the Year of the Pig in Monterey Park. The Festival will offer unique gifts and speciality items along with food booths. amusement rides and lots of live entertainment. Arrive early Saturday morning to view the arrival of the traditional New year lion and dragon dancers with firecrackers to kick-off the festival. Various types of entertainment will be featured on both days with crowds of 50,000-100,000 expected to attend. Be sure to plan ahead, click here for more information.

Don’t miss an afternoon of award-winning acrobatics and artistic form from world renowned troupe-Golden Dragon Acrobats. Hailing from Cangzhou in the People’s Republic of China, they represent a time-honored tradition that begun over twenty-five centuries ago. The troupe’s athleticism combined with ancient and modern dance and music present a show of breathtaking skill and spellbinding beauty.

Lunar New Year at The Americana at Brand

Location: The Americana at Brand, Glendale

Similar to the celebrations taking place at the Caruso’s The Grove, The Americana at Brand will celebrate the arrival of the Year of the Pig with a day of family fun. Enjoy complimentary entertainment and activities that focus on the rich history and traditions of the new year on The Green.

Lunar New Year at The Grove

Taking places just a few days prior to the new year is the Groves Lunar celebration. Focused on the festive nature of the holidays, The Grove will highlight the storied meaning, tradition and symbolism through a dazzling display of decor and fun-filled entertainment. Enjoy lively performances and cultural activities on Gilmore Lane and The Plaza of The Original Farmers Market.

Celebrate the Lunar New Year at The Huntington as the Year of the Pig begins. The festivities include lion dancers, mask-changing performances, martial arts, music and more. Enjoy the days entertainment amongst the Huntington’s stunning botanical gardens.

Shanghai Nights Aboard the Queen Mary

Celebrate the Chinese New Year aboard the majestic Queen Mary with Shanghai Nights. The evening soiree will be a night of Chinese culture, cuisine and dragon dancing, along with Wushu Warriors Shaolin acrobatics, a guezheng ensemble and more! It is a limited seating event that will be a feast of the senes surrounded by stunning decor.

Chinatown Celebrates Year of the Boar

Don’t miss out on Chinatowns biggest party of the year! Celebrate the Year of the Boar with a parade and festival in Chinatown. Featuring Marching Bands, Floats, The Miss Chinatown Queen and Court as well as delicious food, music and fun. 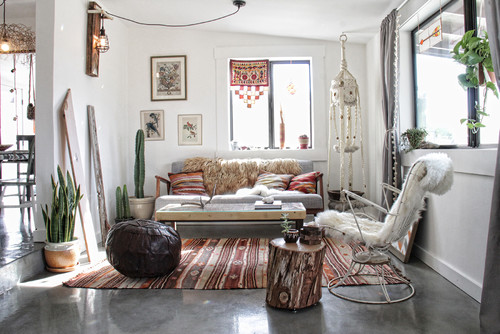 With only a couple weeks left in the first month of the year, there is no better time to ditch some of those 2018 home trends. While certain statement pieces will last through the seasons, the round-up below are so last year! So read below and start off fresh in 2019!!

It’s time to cool it with nailing 20-piece photo collages onto our walls. Instead, make a bigger splash with one large piece that leaves an impression.

“I love family photos, but the stark black or blond wood frames—thank you, Ikea!—that we’ve put up on the wall are a little, well, not trending,” says Los Angeles home designer Kim Gordon.

A wall full of little frames, Gordon says, fails to make a statement and ends up being overlooked and ignored. Plus, those frames will just accumulate dust and fingerprints.

In the new year, Gordon says the tedious clutter will give way to “big, potentially colorful, and absolutely impactful” art that wows—think charcoal sketches or watercolors—“anything to relieve some of the monotony.”

So, we’ll say it again for the people in the back: Industrial chic is played out. It’s time to flip the switch on cage lighting and aggressively exposed pipes and beams.

“More often than not, [this look] fails and lacks the authenticity the designer is ardently trying to create,” says David Shove-Brown of Washington, DC–based architecture and design firm //3877.

Industrial kitchens are “not the most inviting place to be the heart of your home—more like living in a Costco,” O’Neill adds. “So, unless you are a professional chef, let’s retire this trend.”

“Gold is strong for hardware, faucets, and lighting fixtures—a soft gold, like Champagne,” she says.

We can already hear the boos and hisses on this one, but Portland, OR, designer Justin Riordan isn’t having it.

You know what we’re talking about: The macrame wall hangings, the waxy-fake succulents (“You’re not fooling anybody,” Riordan says), and your Moroccan lanterns all had a good run, but it’s time to rein it in.

“You can, of course, continue to buy $19 batik pillows at Target, but stuff like that is just fodder for your next garage sale,” Riordan says. “It comes on really fast and goes away really fast.”

If you just can’t tear yourself away from that gypsy-soul-world-citizen vibe, Riordan suggests channeling those feelings into an authentic piece that reflects a real ethnic tradition—say, a kilim rug—and building the room around that.

We know—we can’t believe it either, but the word art trend is still happening. In 2019, however, the pros are determined to make it finally stop. Even if you can live, laugh, and love with the best of them, those words don’t belong on your walls.

“Any text art hung in the home meant to be positive just comes across as cheesy and predictable,” says Jessica Boudreaux, an interior designer in Miami and New York City. “Stuart Smalley called, and he wants his signage back.”

Ana Cummings of Ana Interiors agrees: “It’s about as hokey as you can get.”

But isn’t the island sort of ultimate #kitchengoals? Diana Blaszkiewicz, an associate with TTR Sotheby’s International Realty in Washington, DC, doesn’t think so. Her clients increasingly want to ditch the kitchen island, and she’s happy to oblige.

“They’re bulky and often don’t provide adequate storage space; plus, they’re very easy to bump into in the middle of the night,” she says.

In lieu of an island, situate the dining table closer to the kitchen, Blaszkiewicz recommends, or use modular, moveable storage instead.

“From walls to napkins, from Florida to Maine, it has been all about gray for so long now, I can hardly remember when it snuck in,” O’Neill laments.

“Because we’ve concentrated on cool grays for so long, it just feels dated at this point,” Riordan adds. “Everything I see in that palette just feels really cold to me.”

Plus, gray has become the go-to neutral for home staging—and that means this hue often “screams ‘newly flipped,’” Blaszkiewicz notes.

That doesn’t mean neutrals are out, but designers are ready for a shift to warmer tones, like sandy taupes.

Certain residential features are the brainchildren of home builders—notinterior designers. Such is the story of microwaves situated above cooktops.

“It was never a good design choice,” Cummings says. “Microwaves are so ugly, to put it bluntly.”

The microwave-over-the-range setup is not even functional, says Doug Lewis, a kitchen and bath remodeler in Richmond, VA. The combo’s popularity is driven entirely by the need to economize space—and it sacrifices the ventilation capabilities of a full-size hood vent (as opposed to the scrawny item built into the bottom of over-range microwaves).

“With those, you’re maybe getting 25% venting function,” Lewis says. “Plus, it’s just an awkward height for younger or shorter people to use. Ever tried to reach over your head to get hot soup out of the microwave? Not good.”

So what’s a space-starved homeowner to do? Undercounter microwaves are gaining popularity, Lewis says, and a growing number of cabinet manufacturers offer designs that accommodate them. You can also mount your microwave under upper cabinets while still preserving that precious counter space.

For years now, microfiber has been the hero of home furniture—an affordable and practical choice for its durability. So durable, in fact, that this vaguely suede-like fabric is ready for a rest.

Why? Most microfiber furniture can make the overall design of a room appear dated and cheap, says Beverly Hills, CA–based designer Kita Williams. And while it’s not impossible to find a microfiber piece in a modern shape, aren’t you ready to try something new?

“Err on the side of caution, and stay away from microfiber,” Williams says. “Stick with linen, leather, pleather, tweed, and canvas-type fabrics.”

“Buying or selling a home for the first time can be scary or overwhelming,” said managing editor, Sarah Shmerling. “Terre Steinbeck of Rodeo Realty calms those fears by developing relationships with clients and answering all of their questions.”

The article focuses on Terre’s life both in and out of the office. From her childhood, the college she attended, to her most memorable homes and her favorite, fun activity with her family. Pictured in the center of the Q&A piece is Terre and her family.

To see what Terre had to say, read the entire article below or click here: HERE 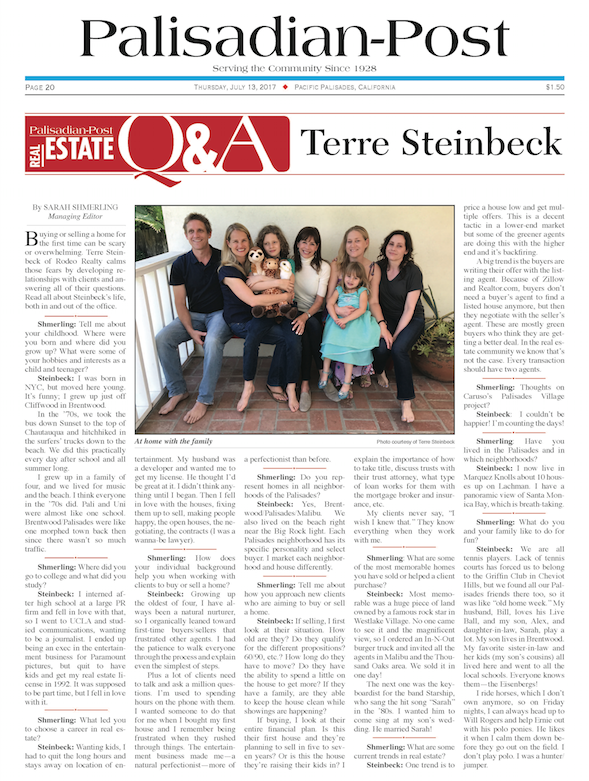 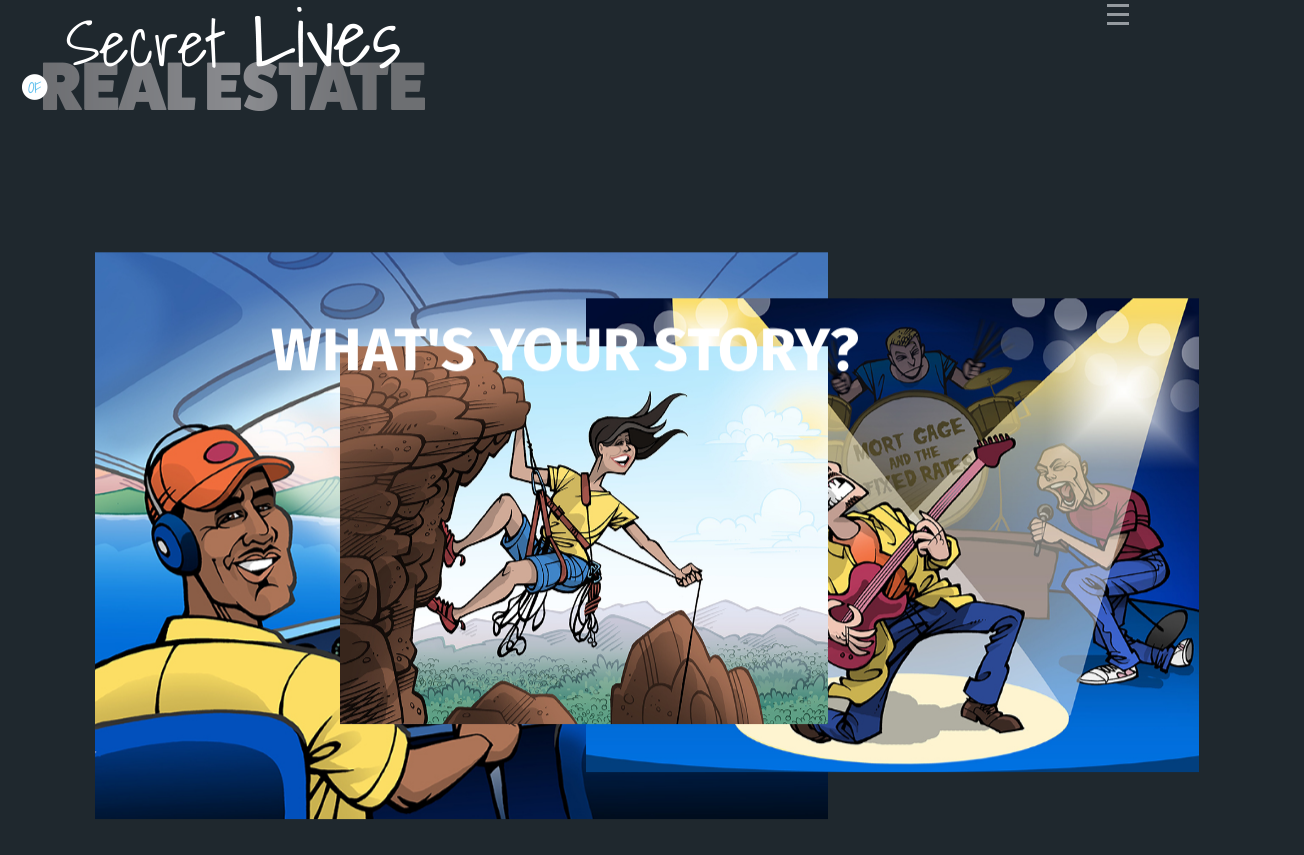 REAL Trends is holding a contest called Secret Lives of Real Estate. The trusted source for news, analysis and information about the residential services to the residential industry knows that real estate professionals have lives that are about more than contracts, open houses and virtual tours.

“There’s a whole secret world that we want to uncover,” says REAL Trends. “Perhaps you moonlight as a guitarist in an AC/DC cover band (Angus Young, anyone?), or you were a guitarist in a top band. Perhaps you have a coveted spot in the Guinness Book of World Records for the longest motorcycle ride by a team. Yes, a real estate professional really does hold that record!”

According to their site, if you’ve got an interesting, dangerous, funny, compassionate or crazy passion or hobby outside of real estate, they want to know all about it.

REAL Trends says real estate is about connections, and they want to connect with you on a personal level.

Submit your story by June 30, 2016. The winner will receive an all-expenses paid vacation to beautiful mile-high Denver, Colorado (home of the corporate office of REAL Trends), including airfare for up to four round-trip coach tickets, one hotel room for up to four nights, four tickets to some of Denver’s top tourist attractions (winner will choose two attractions from our list), a gift card to a premier local restaurant and four Denver Broncos NFL shirts.

There is no fee to enter. Share your story for a chance to win HERE