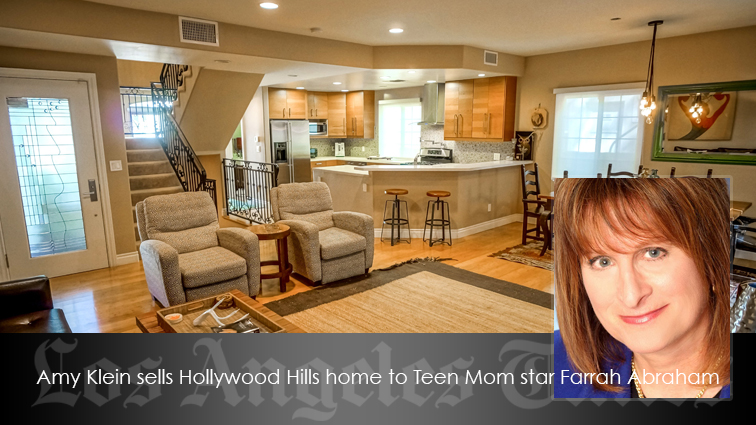 The 24-year-old told PEOPLE at the 2016 MTV Movie Awards on Saturday that she and her daughter Sophia were moving to Los Angeles Monday, something she had mentioned in the Teen Mom OG season finale.

The $845,000 Hollywood Hills townhouse has 4 bedrooms, 4 bathrooms, a den, a loft and a 3-car attached garage. The 2,707 sq. ft. home is part of a two-unit complex built in 2011. She will be located centrally to the studios and an easy hop to Hollywood, Universal Studios, West Hollywood, Beverly Hills, Burbank or Studio City— the center of LA entertainment universe.

Her new purchase has made news in the Los Angeles Times, TMZ and even British tabloid Daily Mail.com.

Abraham was spotted in March looking at the property with an MTV camera crew and her off-again, on-again boyfriend Simon Saran. Star Magazine published the news March 2 and showed photos of the couple house hunting. 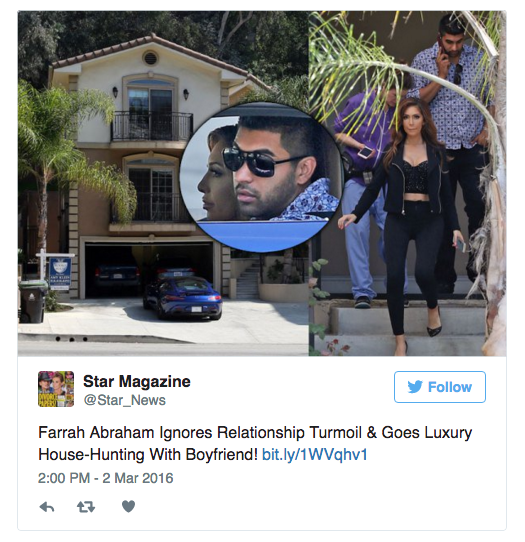 According to Klein—Saran, who is a licensed real estate agent, arranged for the original showing of the home and was always with Farrah anytime she visited the property. 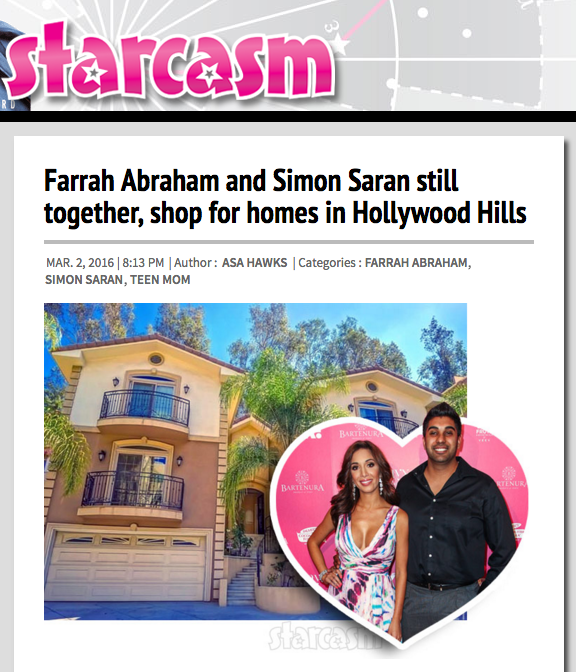 Amy Klein of Rodeo Realty represented the seller. Abraham was represented by another realtor. 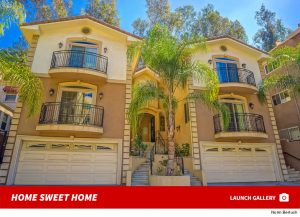 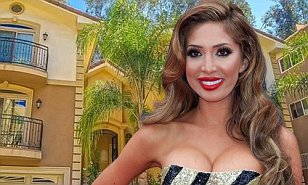 View photos of the property below.