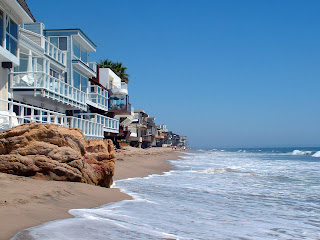 Late spring and early summer months are  becoming the best time to list homes located in beach communities. With an increase in demand and influx of international buyers this time of year, buyers around the world are all looking to experience and taste the ultimate California summer lifestyle and surround themselves with some of the world’s most beautiful and pristine beaches. The many amenities and luxuries of the California lifestyle are drawing people around the world hoping to get a taste of Southern California luxury and lifestyle.
The best ways a seller can make their home standout and attract more potential buyers all fall within the small details.  A manicured yard with bloosming California plants, fresh flowers dispersed throughout the house, clean window to draw in the light and  shades and curtains open to create a bigger illusion of volume and depth for any room. Favorable locations such as Marina del Rey, Playa del Rey, Venice and Santa Monica are some of the most sought after locations for international buyers looking to experience the California dream. With the increased demand for homes in beach communities, the selection can be very limited and competitive,  so remain patient and in time you will find your dream California style beach home. Searching for an agent who specializes in your desired area  is a very important factor in the success of your transaction and will greatly help you beat the competitive market in finding your ultimate dream home. 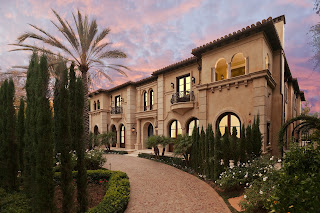 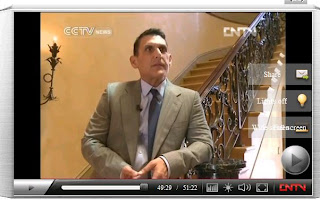 Check out the newest renderings for La Brea’s new shopping and living developments!

Project #1. La Brea and Fountain
FORMERLY: Jons supermarket with a large parking lot.
FUTURE: Mixed-use project, with luxury apartments, underground parking, ground-floor retail, and pedestrian space.
Note: While many of us were saddened to part with Jons Marketplace, the area was uninviting for most transportation uses. Utilitarian parking, no landscaping, and a nondescript supermarket served few users who are without cars. The new project will make the intersection a welcoming site, with plenty of outdoor activities, and will bring the community closer together. According to the developer and City of West Hollywood, this project will be the largest mixed-use development in West Hollywood’s history.

Project #3. La Brea and Romaine:
FORMERLY: Abandoned industrial building, with ground-level art gallery (also abandoned).
FUTURE: Mixed-use commercial development, with ground-floor retail, improved landscaping, and pedestrian space.
Note: The abandoned building has been an eyesore for many years, especially in contrast with the upscale retail establishment across the street. Thankfully this ugly, albeit “historical”, building will be refurbished, modernized, and the surrounding area will be significantly enhanced.

Project #4. La Brea and Santa Monica:
FORMERLY: Carl’s Jr fast-food restaurant with large surface parking lot.
FUTURE: Mixed-use project, with luxury apartments, underground parking, ground-floor retail, pedestrian space, and enhanced mass transit facilities.
Note: The former Carl’s Jr restaurant, especially the parking lot, has been a magnet for criminal activities including prostitution and drug dealing. Walking by was extremely unpleasant, to say the least. Seeing that blighted site demolished, to transform to an upscale mixed-use development, is certainly great news. The change will be quite dramatic, making the area safe and welcoming. City of West Hollywood envisions this project to be a true gateway to West Hollywood! It will also complement the existing Target / Best Buy retail complex from across the street.

Project #5. La Brea and Willoughby (aka “La Brea Gateway”):
FORMERLY: Abandoned KCOP Studios.
FUTURE: Mixed-use project, with luxury apartments, underground parking, ground-floor retail, and pedestrian space.
Note: The old site of the former studios offered nothing more than a blighted corner, with dirty concrete sidewalks, homelessness, trash, and graffiti – all of which has created an unpleasant environment for years. Luckily, the new development will completely c
hange the area, making it safe and enjoyable.
All five developments provide an exciting transformation, even though ta small group of local homeowners expressed opposition. They will most certainly give a facelift to La Brea Avenue. The developments will have no negative impact on surrounding communities, but will rather improve the quality of life for all, including local homeowners, by making the area safer and more walkable. Redevelopment is also necessary since La Brea is only blocks away from the Hollywood & Highland complex, visited by tourists from all over the world.
I believe, mixed-use developments will provide not only a much better and safer environment in the Hollywood / West Hollywood area, but will also reduce car-dependence, thanks to the new housing and shopping that will be located within walking distance. This is also known as “Smart Growth” or “Sustainable Development”. Nearby transit hubs (metro stations and major bus stops) will provide easy access, greatly reducing the need to drive.
Slowly but surely, Los Angeles is starting to take shape. Neighborhood by neighborhood, region by region, blight and old warehouses are giving way to upscale developments. Of course, it will take many years, even decades, to upgrade the City of Angels to a world-class city. But gradually LA is transforming. I’m confident, in the near future more mixed-use projects will be built, making the City of Angels a great place to live, work, and visit!
Rodeo Realty President interviewed for an international news story. 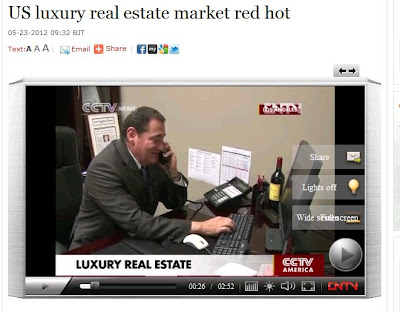 Syd Leibovitch interviews with CNTV about Luxury Real Estate Market. Broadcast ran on CNTV America Wednesday, May 23 and on CNTV Asia and Europe the evening of May 22. 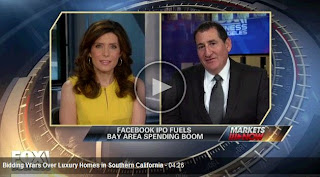 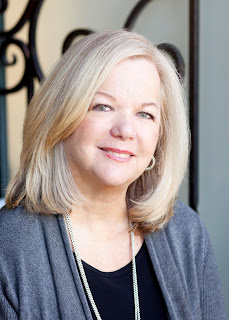 By Gregory J. Wilcox, Staff Writer
A shortage of houses for sale in the San Fernando Valley is triggering bidding wars, quick sales and an investor feeding frenzy, according to real estate agents.
With prices low after the market crash, more homeowners are reluctant to sell – and with banks still stinging from the foreclosure crisis, financing is harder to come by.
At the same time, the lower prices and rates are luring more buyers into the market. The result: Not nearly enough homes are on the market to satisfy the demands of a growing pool of homebuyers and investors, driving prices back up and limiting selection.
After 37 years as an agent, Carol Wolfe with Rodeo Realty in Encino, can’t recall seeing a market like this. She’s personally trying to buy a 1,126-square-foot three bedroom, one bath fixer upper in Lake Balboa listed for $245,000 to either flip or rent out.
The seller has 34 offers and on Tuesday instructed all the bidders to submit their last, best offers.
“All of the offers are cash. There are so many investors out there that it’s crazy,” she said. “I put my offer in at $310,000 and I probably won’t get it.” A few weeks ago she had a listing in the 4400 block of Azalia Drive in Tarzana priced under the market at $599,000 and held a broker’s open house – used to introduce other agents to the property – on a Friday morning. More than 200 people showed up and the property attracted multiple offers. It’s now in escrow for $715,000, she said. “That was crazy. The buyers will bid up the price if you price it right,” she said. That’s the market’s up side. The flip side is that listings are hard to come by. Wolfe is used to handling between 10 and 20 listings at a time. She currently has two because of the tight inventory. At the end of March there were just 1,875 houses and condos for sale in the San Fernando Valley, according to the Van Nuys-based Southland Regional Association of Realtors, a scant 2.8 month supply at the current sales pace.That’s the lowest since the start of the downturn in 2007. Inventory peaked at 7,730 properties in October 2007 and has been steadily falling since then. The record high inventory is 14,976 properties in July 1992 as the Valley’s aerospace sector was shrinking and the record low is 1,492 March 2004 as the market was hot and credit easy. The Realtors group started tracking the combined house and condo inventory in January 1986.

To read the whole article visit link below: http://www.dailynews.com/business/ci_20631926/shortage-homes-sale-san-fernando-valley-triggers-bidding 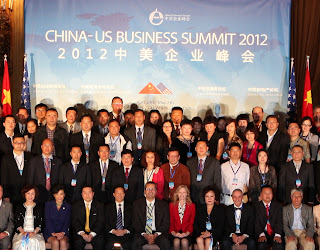 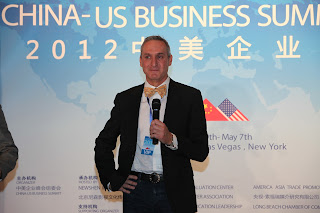 As the only standing private transnational exchange organization in the United States and China, China-US Business Summit has been providing project matchmaking and exchange on trade and culture for enterprises and investors from both countries year by year. Its comprehensive upgrade this year has aroused highly concern of the political circles, business circles and academic circles in China and America. By now, the Summit has received the official replies of participation, telegrams and notes of congratulations sent from Mr. Qiu Shaofang, Consul General of the People’s Republic of China in Los Angeles, Mr. Jin Deben, Secretary General of China Association of Small and Medium Enterprises, Mr. Ed Royce, US Congressman, Mr. Michael Honda, US Congressman, Ms. Judy May Chu, US Congresswoman, Mr. Bob Huff, Senator of US California, Mr. Curt Hagman, California Congressman Mr. Brian Sandoval, Governor of Nevada, Mr. Oscar Goodman, Mayor of Las Vegas City, Mr. Bob Foster, Mayor of Long Beach City and Mr. Michael Bloomberg, Mayor of New York City. 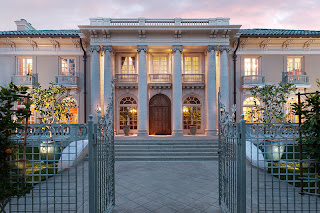 The iconic mansion once home to Norman and Dorothy Chandler is now back on the market and listed for $11.25 million. The estate is one the great Los Angeles historical landmarks. From having hosted many social events,  fundraisers and parties, this iconic estate stands on its own. Even United States presidents such as Eisenhower, Kennedy, Johnson and Nixon were frequent guests of the Chandler’s. This almost 10,000 square foot estate,  nestled on an almost one acre lot, was once referred to as the White House of the West.

KEEP IN TOUCH WITH RODEO!

In addition to the updates found on the Rodeo Realty Blog, there are other great ways to keep in touch with all things Rodeo. You can follow us on Twitter via @RodeoRealty_Prez for links, reports and news. You can also “LIKE”  us on Facebook for more exclusive updates, photos and news. We also just joined Pinterest, our virtual board for all things real estate, check them out here RodeoRealty does Pinterest.

Syd’s words:
“I guess I’m good at driving people around and showing them homes,” he says. “I think everyone would rather own a home than rent a home, and everyone who owns a home would rather own a better home. Anyone who has money to invest would like to invest in real estate, so it’s really not very difficult.”
“I think one of the reasons for our success over the last 5 or 6 years has been that we aren’t doing what other companies are doing,” Leibovitch says. “Everyone has been crying the blues about the economy and taking things away from their agents. They panicked, and their agents ended up thinking it was worse than it really was. We, on the other hand, were showing our agents what a tremendous opportunity this was to make money.”
To read the whole article visit here!