Lauren Beale of the L.A. Times included one of Ian L. Brooks’ listings in Hot Properties last week. Here’s what she had to say: 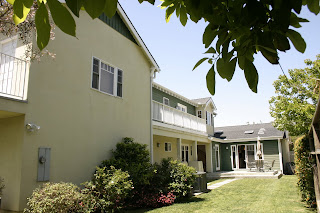 Actor Greg Germann, who starred on “Ally McBeal,” has leased a home in Santa Monica that had been listed for sale at $1.7 million. The lease price was not available.
The Cape Cod-inspired house includes high ceilings, skylights, balconies, terraces and a master bedroom with coved ceilings, a fireplace and dual closets. There are four bedrooms and four bathrooms.
Germann, 52, played Richard Fish in “Ally McBeal” from 1997 to 2002 and starred on “In Case of Emergency” (2007). Since then he has appeared on “Medium” (2010), “Ghost Whisperer” (2009), “CSI: NY” (2009) and other shows, as well as in the Broadway play ” Boeing-Boeing.”
Ian L. Brooks of Rodeo Realty was the listing agent and handled the lease transaction.