But what about real estate agents who are also working in the entertainment business? Columnist Lauren Beale of the L.A. Times recently did an article on the subject, so I decided to look into whether or not we have “industry” folk working among us right here at Rodeo Realty. 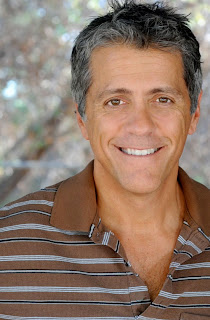 The answer is yes we do, and this is the first in a series of blogs interviewing them. Some are actors, others musicians. Regardless, all of them say there are plenty of parallels between show business and the business of buying and selling homes.
“In my 21 years as an actor and more than 1,200 auditions, rejection means absolutely nothing to me,” said Carmen Mormino of the Westlake Village office. He has acted on “Days of Our Lives,” and “Grey’s Anatomy,” among other television shows. He has also appeared in movies such as “The Stepfather” and “One Hour Photo.”
Actors hear so many “No’s” that sometimes they start believing it, he said. But like in real estate you can’t let rejection get you down. You have to go right back out there and meet more people until something clicks and deals get done.
Actors also have to think outside of the box in order to land certain roles, said Mormino, who began his real estate career four years ago and was on Rodeo’s list of top producers for the month of October 2010.
You can’t just play a character as you think it should be played; you have to live it and be real, he said. You also have to be real in order for real estate clients to trust you. “Acting has given me the confidence to be myself,” said Mormino.
Real estate is also not just a side gig. He has a family and said that balancing acting and real estate is the best way to maintain consistent income. He enjoys the thrill of helping people buy and sell homes and is proud to call himself both an actor and real estate agent.

Every now and then, however, the two careers meet in strange ways, said Mormino. He recently met somebody at an open house who happened to be a well-known television director. There was a point of connection, because the director knew Mormino is also in the entertainment business.