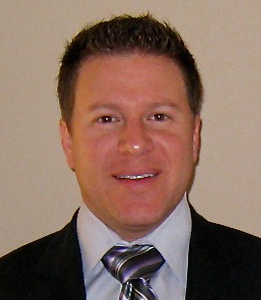 Looking for a good example of how to blend real estate and charitable giving? Check out the work of Ben Salem. The Southland Regional Association of REALTORS® (SRAR) recently chose him as Good Samaritan of the Month for December 2010. For the association’s announcement visit: http://www.srar.com/node/946
The following is an exerpt from SRAR’s announcement.
Working under the umbrella of Rodeo Realty, Ben Salem Properties donates 2% of every closed transaction to various charities. His colleagues have recognized him for his work educating industry professionals in the area of REO evictions and best practices. Ben has donated his time on a variety of panels that have been focused on borrowers’ rights; the difference between personal property and debris; techniques for occupancy determination; and how to break the ice with occupants.
In addition to the education he provides to his client base and peer group, Ben has become very active in an organization called “No Paws Left Behind”. “No Paws” is an organization that helps to care for abandoned animals that are victims of the current surge in foreclosures. They also work directly with families in foreclosure, providing assistance with vet bills, food, and help in finding pet-friendly alternative housing and money to cover deposits.
Ben teamed up with “No Paws” founder, Cheryl Lang to help raise awareness and funds to care for these animals by providing shelter until they can be transitioned into new homes. Lang estimates that nearly one million pets including dogs, cats, birds, horses and other animals are at risk as the foreclosure crisis mounts.
In April of this year, Ben and his Elite REO Team helped organize a Casino Night in Palm Springs that raised roughly $25,000.00 for “No Paws”. Funds raised for this event will cover costs including the care of pets left behind, support of local animal shelters, adoption, spaying, neutering and vaccinations. In many cases families are forced into choosing between buying groceries and caring for their pet.
A fact that SRAR did not mention is that Salem had one of the strongest years of his career in 2010. As of November, he had closed on the sale of 128 homes and was set to close an additional 13 by the end of the month. That’s a lot of money going to charity!