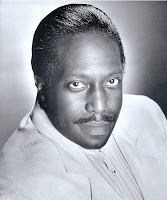 A bit of trivia for all you Gen Xers: What is the name of the pop music duo who made the hit song “There’s No Stopping Us,” title track for the 1984 dance movie Breakin’. Answer: Ollie & Jerry, the “Ollie” of whom is Rodeo Realty’s own Ollie Brown.
“We wrote that song in one day and dropped the record in two days, ” said Brown, a real estate agent with Rodeo’s Northridge office. “It happened so fast, we didn’t even have a name for the group so we just called ourselves Ollie & Jerry.”
Brown is still collecting royalties on that stroke of genius. “The song has definitely helped me through the ups and downs of the real estate business,” he said.
But “There’s No Stopping Us” is just one blip in Brown’s extensive musical career. He worked for many years as a record producer, and has played percussion for some of the biggest names in the music industry. And he said there are plenty of parallels between the music biz and real estate.
Prior to getting into real estate a decade or so ago, Brown was a senior vice president for a record label known as CLICK Records. The label signed notables such as the soul music vocal group The Spinners and pop music band The Association. Brown still does a bit of artist management on the side.
As a percussionist, one of his big breaks was working as Stevie Wonder’s drummer back in 1972 (See video below of Ollie on drums – Amazing!). During that time period, Wonder was opening for the Rolling Stones.
Then he was a percussionist with the Stone’s during 1975-1976. Mick Jagger and crew even had dinner at Brown’s mother’s house in Detroit, Michigan.
“They still my boys,” said Brown about The Rolling Stones. He went on to record with some of the best rock and soul artists of the time. He continues to do live performances with guitarist, songwriter and producer Ray Parker Jr.
Brown has carved a niche for himself in the real estate business working with celebrity clients. Making it in real estate is similar to cutting a record deal, he said. You have to market the heck out of the product, think outside of the box and not be “regular,” and work with each home as if it were a new artist.
Celebrities respect Brown’s track record in the entertainment business and understanding of how things work. “If I’m taking out a producer, he might get a call to go into the studio (or movie set) right in the middle of a showing,” said Brown. “I understand their flow. Been there, done that.”
Ollie’s contact info: (818) 363-7945, ollie@olliewoodestates.com