There’s a lot of talk right now about the real estate market heading toward a “double dip” -a reference to housing prices continuing to deteriorate. The latest read on home prices, released Tuesday morning, shows fresh declines in the vast majority of the nation’s largest metropolitan areas, according to a story in the Los Angeles Times.

The coastal cities of California and the nation’s capital were the only apparent bright spots in a November report, said the L.A. Times. In November, only four metro areas — Los Angeles, San Diego, San Francisco and Washington, D.C. — showed year-over-year gains. Every city declined from October to November besides San Diego, which eked out a 0.1% gain.
However, the performance of the California cities in the index doesn’t reflect the state’s hardest hit markets in the Inland Empire and Central Valley.
But what are real estate agents seeing on the ground here in the greater Los Angeles area? Even though we are a supposed “bright spot” in the nation, are we headed for the dreaded double dip? 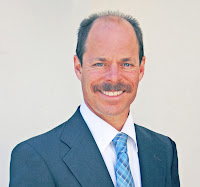 “Double dip…I don’t think it’s really a double dip,” said Mike Ace, a Rodeo Realty agent who works out of the company’s Sherman Oaks office. “A lot of it is seasonal. In fact, I just took another listing today.”
Ace said buyers and sellers pay close attention to the news. But every time they show him an article about the real estate market, he asks them whether the article quotes local or national numbers. Real estate in the San Fernando Valley is very different than other parts of the country, he said, and each neighborhood is unique.
“People aren’t rushing to get out of the Valley,” he said. “Interest rates have risen a little bit, but that was to be expected. They’re still less than 5%. I think it’s an unbelievable time to either buy or sell.” Ace is also looking forward to activity picking up in the Spring. 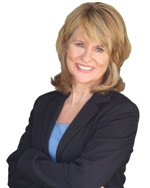 “There’s not a lot of buyer confidence right now,” said Sheila Milano, a broker with Rodeo’s Westlake Village office. She is currently working with many clients in the $400K-$700K category. “Buyers are still guarded because they’re not sure where the market is going.”
She anticipates home prices will continue to decline in some local markets. The large number of short sales and bank owned properties are a big factor preventing home prices from rebounding, she said, adding eight out of every 10 homes on the market is a short sale. High unemployment is also an issue.
The upper-end home market is bound to see further price reductions, said Milano, adding lenders need to figure out more options for the self-employed. There’s also a need for more conventional listings to hit the market in all price categories.
That said, Milano had one of her busiest years in 2010. And she’s optimistic about the future. “If interest rates stay low, we’re going to start seeing more activity in the Spring.”

David and Michelle Cohan of Rodeo’s Calabasas office have been reading a lot about the impact of the apparent “double dip,” but have not seen a significant hit to their business.
“As a matter of fact, since Thanksgiving, our business has actually improved, making the last half of the 4th quarter 2010 and beginning of the 1st quarter of 2011 better than the previous year,” said David.
The Cohans certainly felt a hit in both 2009 and early 2010, as the “first time buyer credit” expired. But lately, their sellers have gotten more realistic about the remaining weak real estate market and buyers (and buyers on their listings) seem to have done a better job of qualifying.

The couple remains optimistic that 2011 will continue to get better so long as the economy continues to recover and unemployment numbers continue to drop. 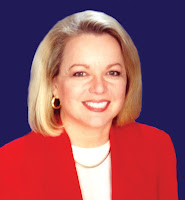 Encino agent Carol Wolfe believes home prices will continue to drop, but the term “double dip,” at least locally, may be a little strong. The drop is likely not going to be as dramatic as when the housing market first crashed, she said.
Echoing Milano’s statements, Wolfe said home prices continue to decline because there are so many short sales and foreclosures on the market that are competing with conventional sellers.
“When you look at the MLS at any price point, about 40 percent of the sales are foreclosures and short sales,” she said. “A lot will depend on how many more of these types of properties come to market. I talk with people daily who are upside down or in default.”
On the bright side, Wolfe said homes continue to sell and mortgage rates remain low.
“It’s a good time to buy,” she said, adding especially for those looking to move up. “You can never predict the precise moment of a market hitting bottom.” Wolfe also encourages most people to buy for the long-term, rather than for what the house might be worth next year.