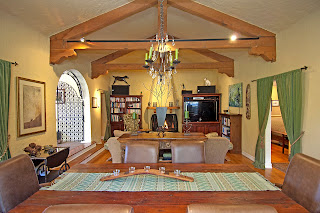 Homeowner lore says this Old Hollywood gem was once a guest house on the estate of silent film era icon Rudolph Valentino.
Could be. The Latin Lover’s Whitley Heights home, later torn down to make way for the Hollywood Freeway, was located only a few miles away. The homes also share similar Spanish villa architecture.
See the property on Luxist’s Estate of the Day: http://www.luxist.com/2011/02/06/oakshire-drive-estate-of-the-day/ 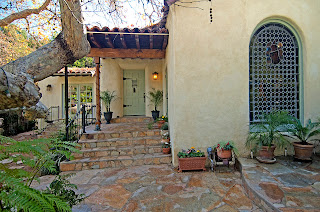 The 2,276 square foot, 4 bedroom, 3 ½ bath walled and gated Spanish villa was originally built in 1924, and is currently on the market for $1,295,000. Carol and Jim Shogren of Rodeo Realty’s Sunset Strip office are the listing agents.
The classic living room has vaulted ceilings, exposed and carved wooden beams, leaded glass window and a raised fireplace. The master bedroom and music room open onto another patio with a soaking tub. Iron work gates accent the home’s entrance. 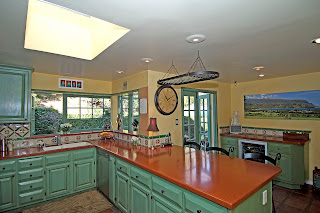 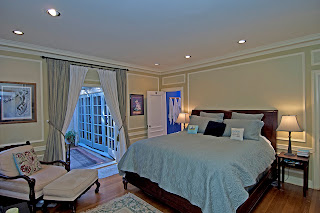 The house was recently expanded with updated bathrooms and kitchen. The country kitchen opens to one of the outdoor patios that has dining and living spaces. There is also a built-in barbecue on the patio for entertaining.
The home is situated on a double lot. Award winning designer, John Greenlee, designed the landscaping for the second lot with natural grasses, succulents and a vegetable garden.
Greenlee’s designs are featured in The San Diego Zoo, Disney’s Animal Kingdom in Florida, and private residencies all over the world.
The property web site is: http://3138oakshiredrive.com/