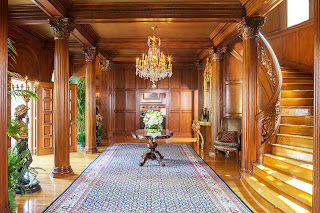 Los Angeles Times reports that million-dollar-or-more home sales statewide surged in the second quarter to the highest level since the third quarter of 2007 as the economy and mortgage availability improved.
The year-over-year increase was nearly double the gain for the overall California housing market, according to San Diego-based DataQuick. Higher prices pushed some homes into the million-dollar-plus category, said DataQuick president John Walsh.
The 7,763 homes sold at $1 million or more from April to June represented an 18.5% increase from the same period last year. It was the most sales in this price range for a quarter since 2007, when 10,946 closings were recorded.
The highest quarter number of sales for $1-million or up houses since DataQuick began tracking such data was the third quarter of 2005, when 15,898 homes changed hands.
President of Rodeo Realty, Syd Leibovitch, breaks down his mid-year market update and weights in on what he is currently seeing in the market place. As you know we have seen a tremendous uptick in the Real Estate market.  It seems like the start of an active Real Estate recovery. In the first half of the year we have seen prices rise about 15%. There have been multiple offers on a good percentage of sales. Rates are at historic lows.
Buyers have returned to the marketplace and we are seeing a large percentage of move up buyers! At the same time we just have not seen enough listings to meet the demand which is forcing up prices more quickly than anyone could have expected. As prices rise I think that many people that didn’t feel they had enough equity to come up with a down payment on a new home now will.
I expect you will all be seeing a rush of listings, but they will sell fast if they are priced right, as we have so much demand! You know what they say, “grow hay when the sun is shining”. Now is the time to really be consistent and prospect for those listings! They will also be buyers when they sell!”