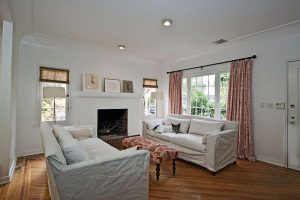 “Gossip Girl” actress Kelly Rutherford has sold a house in West Hollywood for $980,000.

The Spanish-style bungalow, built in 1926, features a wood-floored living room that opens to a dining room with a skylight, an updated kitchen, two bedrooms and 1.75 bathrooms. The deck contains a bar and a built-in barbecue.

Michelle Ficarra of Rodeo Realty in Beverly Hills was the listing agent.