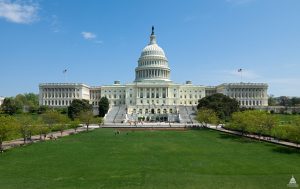 We are four days into the government shutdown and Congress now has less than two weeks to raise the debt ceiling before the U.S. is unable to borrow money to pay its bills, a move that could lead to a historic default. Most industry analysts still believe this will not occur. Frankly, I am surprised that the stock markets and the economy has held up so will this week. You would think that with such dysfunction in our government and 750,000 government workers furloughed the markets would react more negatively. I fear that if they can not agree to increase the debt limit, which will lead to the first default in U.S. history, the negative impact will be much more severe! I really do not think a default will happen.

ADP reported that businesses added 166,000 jobs in September below the 180,000 number expected by economists. The payroll processor also adjusted its previously reported August figure downward from 176,000 to 159,000. The Labor department did not release its jobs numbers due to the government shutdown. Those numbers are really the numbers that experts look at.

The government shutdown appears to be having an impact on interest rates. Rates were down again this week according to the  Freddie Mac Weekly Primary Mortgage Market Survey. The 30-year fixed rate dropped down to 4.22% down from 4.32% last week. The 15-year rate also fell to 3.29% from 3.37%. These are the lowest averages seen since late June. A year ago this week according to the survey, the 30-year rate was at 3.36% while the 15-year rate was at 2.69%. Jumbo and high balance conforming are running around 4.625% for 30 year fixed and 3.75% for 15 year terms.

For some reason it seems like open escrows have picked up in the last couple weeks. I would not have expected this.