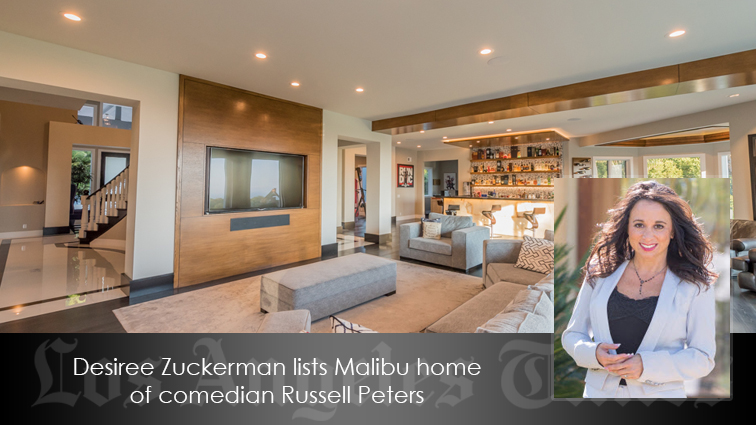 Canadian comedian and actor Russell Peters is selling his two-story Malibu home for $11,950,000. The home is listed by Desiree Zuckerman of Rodeo Realty Calabasas. Her listing has been featured in the Los Angeles Times, The Real Deal and LuxuryRealEstate.com. Most recently, the home has been featured in Architectural Digest, Variety and Realtor.com. DIGS Magazine also published an article on the property Friday.

The extremely private ocean view estate was completely remodeled and expanded in 2015. 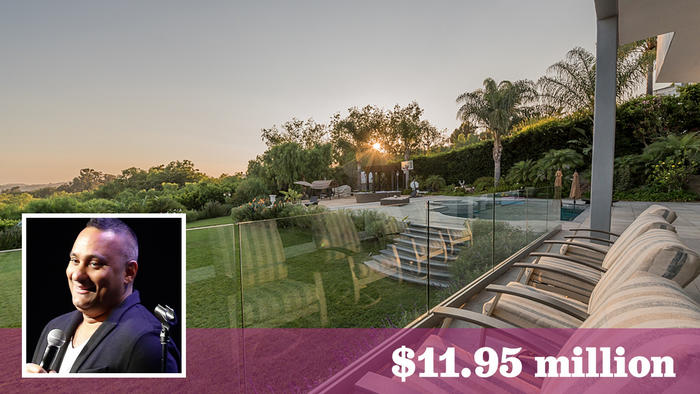 The custom built villa features a dramatic grand stairway at the entrance, which opens to a formal dining room and an enormous living area that includes a restaurant-style wet bar. The gourmet kitchen has a tremendous center island, and professional grade stainless appliances. On the second level, one of the eight bedrooms is a romantic master with a fireplace, his & her vanities, a walk-in closet, sauna, dual head shower, and a soak tub with one of the best views in the house. A professional 10-seat home theater is also upstairs. Outdoors, there’s a pool & spa, a fire pit, a separate guesthouse, and room for 15+ cars behind the security gates.

Peters reportedly purchased the Malibu home in 2014, the same year the critically acclaimed movie “Chef “ was released. Last year, the performer ranked fifth by Forbes on its list of the highest-earning stand-up comedians, with Jerry Seinfeld at No. 1. According to Forbes, his salary as a judge on NBC’s “Last Comic Standing” propelled him to $19 million. Peters has made news as the first comedian to create a Netflix original comedy special. He’s also the first comic to sell out Toronto’s Air Canada Centre, the first comic to sell out London’s O2 Arena and first comic to fill the 19,000-seat Barclays Center in Brooklyn during his “Notorious” world tour. The 45-year-old recently wrapped up his “Almost Famous World Tour”—a two-year tour through 120 cities in 25 countries. 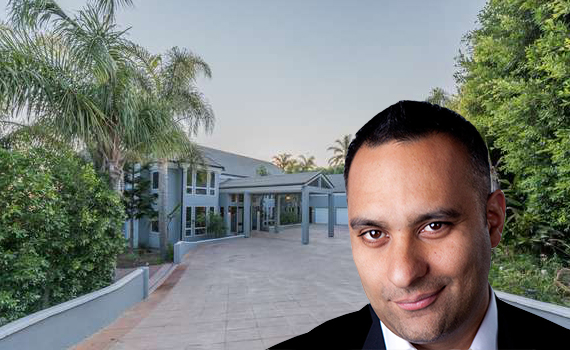