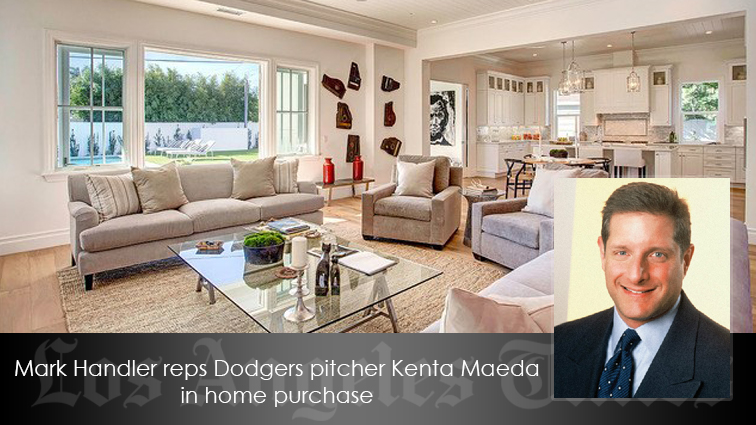 Mark Handler of Rodeo Realty Brentwood is mentioned by the newspaper for representing the professional baseball player in his home purchase. 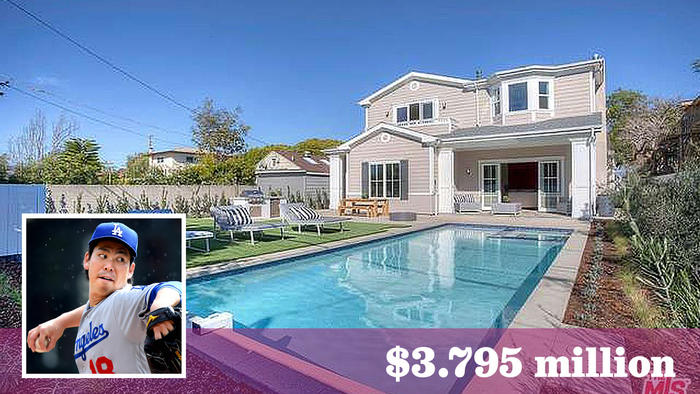 The New England-inspired traditional offers an open floor plan with 5 bedrooms, all ensuite, a study and den, a loft, and 7 bathrooms.

According to the LA Times, the two-story home, built this year, features detailed molding and wainscoting, a chef’s kitchen, a swimming pool and spa, outdoor fireplace, and a built-in barbecue.

Maeda, 28, signed an incentive-based contract with the Dodgers at the beginning of the year that guaranteed him $25 million—and could be worth more than $100 million over eight seasons, reports the LA Times.