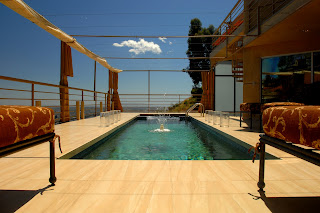 Yesterday, E! News filmed a spot at one of Patrick Newman’s listings in the Hollywood Hills. The 6,500 square foot home on Sunset Plaza Drive is the ultimate bachelor pad.
And, it has been rented to a string of celebrities over the years and been used as a shoot location for two of E!’s reality shows. Here are a few highlights. 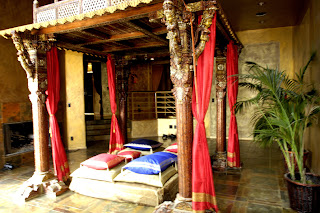 * Author/actor Fabio lived in the house when he was getting his start in LA in the early 1990s.
* Russell Simmons, co-founder of the hip hop label Def Jam, leased the home.
* Diddy rented it for a week.
* E! reality show “Love is in the Heir” was filmed there.
* Denise Richards shot in the home for E!’s reality show “It’s Complicated” 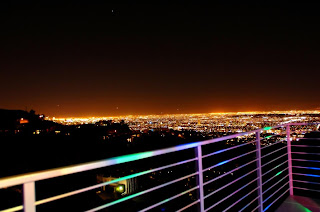 * Director Michael Caton-Jones rented the home (Doc Hollywood, The Jackal, Basic Instinct 2).
* Professional athletes are constantly approaching the owner about renting the house, because it’s perfectly set-up to be a party pad.
The four bedroom, 5.5 bath architectural home, owned by English glamour photographer Richard Franklin, has seven stories to play with. He has essentially made the whole house into his photo studio and work of art.
A few of the cool features include: a two-story waterfall, theater with floor-to-ceiling movie screen, gorgeous pool and deck, a two-level disco tricked out with high end sound system and lights, grotto with hot tub, casino, gym, eagle’s nest deck on the top of the house, and jet liner views.
Norman, who works with Rodeo Realty’s Beverly Hills office, listed the home for $7.5 million. It’s also available for lease.