Skip to content
The long time residence of late singer, songwriter and producer Delaney Bramlett is on the market in Sunland, Calif. Bramlett, who passed in 2008 at the age of 69, worked with rock and blues greats such as Eric Clapton, George Harrison, Duane Allman, and JJ Cale, to name a few. 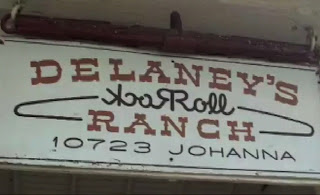 The L.A. Times featured the listing in today’s Hot Properties. Visit: http://www.latimes.com/features/home/la-hm-hotprop-delany-bramlett-20110309,0,5612090.story
Bramlett produced Eric Clapton’s debut solo album, Eric Clapton. He co-wrote “Let it Rain” with Clapton, who also recorded it, and “Never Ending Song of Love,” which was recorded by more than 100 artists including Ray Charles, George Jones, Tammy Wynette, Patty Loveless and Dwight Yoakam, according to an Associated Press report.
To get an idea of the soul Delaney Bramlett communicated in his music, watch the YouTube clip below. This one nearly brought me to tears.
The song “Groupie (Superstar),” which Bramlett co-wrote with Leon Russell, has gone on to be recorded by Usher, Luther Vandross, Bette Midler, The Carpenters and most recently, Sonic Youth. The Sonic Youth version was featured on the Grammy-nominated soundtrack of the movie “Juno,” according to the AP.
Known as “Delaney’s Rock-n-Roll Ranch,” the 1,638 square foot home sits on a full acre of land, with barn/stable for four horses, tact room and gated driveway. The house, built in 1935, has 3 bedrooms, 2 baths, mountain views, a pool, and a recording studio in the garage. The kitchen has been upgraded with granite counter tops and each bedroom has a separate entrance.