For those of you who don’t already know, 2011 is Rodeo Realty’s 25th Anniversary! Here’s a snapshot of how the company began and where it’s at today. 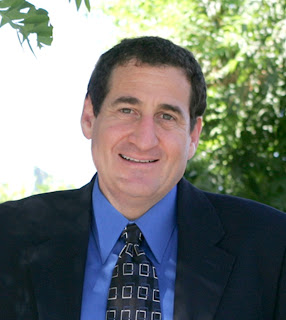 Syd Leibovitch, founder and president of Rodeo Realty, studied economics and banking in college. He got into the real estate business at the age of 23 when he and a former college roommate were looking to make a little extra money during the summer.
After passing the California real estate licensing exam, he went on to sell four houses over the course of three weeks. By the time he was 25-years-old he was a top selling agent in the Los Angeles area. He eventually opened Paramount Properties out of his garage in 1986.
The firm was later re-named Rodeo Realty and is now one of the largest single-owner residential real estate firms in California, with more than 1,000 agents and brokers and 11 offices throughout Los Angeles and Ventura Counties. Affiliate companies include L.A. Mortgage, Encore Escrow and Progressive Title.
From the beginning, Leibovitch’s mission was to give agents the support they need to succeed. So his corporate center offers advertising services; in-house print shop; in-house public relations; and access to all of the company’s offices. The firm operates its own real estate school and Leibovitch continues to be a hands-on business owner who makes himself accessible to agents.
This year has started out great! Rodeo opened the Sunset Strip office in January, ranked as the 4th largest firm in L.A. County, according to the Los Angeles Business Journal, and is placing the finishing touches on a new 13,000 square foot office on Canon Drive in Beverly Hills. Rodeo’s sales volume for 2010 was approx. $1.8 billion.
Rodeo and its agents are regularly featured in the Los Angeles Times, E! News, OpenHouse LA and other media outlets. Leibovitch, and the firm as a whole, is a trusted source of information for news reporters nationwide. The best part is that there’s plenty more exciting news to come.