Skip to content
Mortgage settlement: How the negotiations unfolded 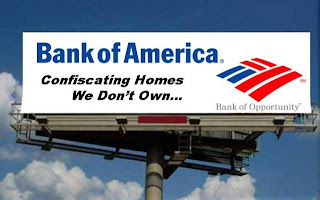 Yesterday’s settlement with 5 major loan servicers Bank of America, Wells, Chase, Citi, and Ally (GMAC) will provide 26 Billion in mortgage relief.
There is  5 billion to paid directly to states and the federal government split proportionally to their number of foreclosures. Some of which will be used to pay back expenses caused by foreclosures.
The breakdown of how the remaining money will be distributed are as follows:
1. 1.5 billion to approximately 750,000  homeowners that have already been foreclosed on where proper documentation and procedures were not followed. These people can receive up to $2.000.

2. 17 billion  To modify loans for people that are in foreclosure of which 60 percent must be used to write down loan amounts on people who owe more than their home is worth. These write downs will average $20,000.
3.  3 Billion    For non FNMA, FMAC ( which is covered by the HARP 2 program) there will be money set aside to refinance owners current on their mortgage that owe more than the home is worth.

How will people know they are qualified to get paid, modified or refinanced?
For now they say the servicers will notify those qualified. This happened in the CountryWide settlement in 2008. We did see cases in which CountryWide modified clients that really had no need for modification with ARM’s with lots of equity modified to fixed rates to meet their number of loan mods required under that settlement. Those clients were contacted by CountryWide.
My opinion is that while 26 Billion sounds like a lot of money I would break it down as follows:

1. Some, a small percentage of people that lost their home to foreclosure will be contacted and paid up to $2,000.
2. Some people, a small fraction of people in foreclosure will be offered a reduction in loan principle  of up to $20,000.  There will probably be terms that if they default the loan amount will go back up. Traditionally most loan modifications end up back in foreclosure so this 17 billion will probably cost next to nothing. I don’t see a $20,000 reduction stopping many people from losing their home, especially since many are way behind on their payments as well.  This 17 billion has already been lost by the banks so its really not an expense due to this settlement!

3. 3 billion to refinance people that are current and owe more on their homes than they are worth is really a small fraction a percent of people under water.  Its unfortunate that so little help has been given to people that have been responsible, made their payments and just can’t take advantage of lower rates due to lack of equity. I guess that lenders thing that if they were going to stop paying they would have already stopped paying so why lose money by lowering their rate!
In my view this is largely political in which lawmakers can claim a victory over evil wall street to save main street. It won’t cost the banks anywhere near 26 billion. Its real cost is probably 9 billion to banks. It will free up banks to foreclose more quickly with less litigation which will be good for inventory levels which are really to
o low in our area for the demand. Obviously, some of your clients will wait a little while hoping to get notified. It will be like waiting for the Publisher’s Clearing House to notify them that they won. It won’t be long before its obvious that help is not on the way!