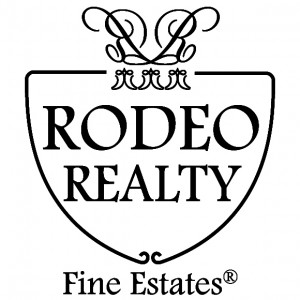 Another record breaking month for US stocks  – The US stock markets posted their sixth straight week of gains with new highs. Dropping oil prices were the source of big news this week, and month. Lower energy prices are causing low inflation. Many experts predict that inflation will remain extremely tame for a long period of time partly as a result of OPEC’s decision to keep oil production at its current high level. The Dow Jones Industrial Average closed the week at 17,828.24 above last weeks close of 17,810.06 , and  up from the October 31 close of 17,390.52. The S&P 500 closed Friday at 2057.56 below last Friday’s close of 2063.50, and up from October 31’s close of 2018.05. The NASDAQ closed at 4791.63 above last weeks close of 4712.97, and above last month’s close of 4630.74.

Consumer Price Index- The Bureau of Labor Statics reported that prices remained flat in October. The year over year CPI increase showed the inflation rate at 1.7%, well below the Federal Reserve’s target rate for a healthy economy. The Fed released its minutes on November 19 from its October meeting. In the minutes it cautioned of “evidence of a possible downward shift in long term inflation expectations.”

Low Inflation – The US Consumer Price Index showed the year over year inflation rate at just 1.7%, well below the Federal Reserve’s target rate. Europe and Asia are also experiencing very low inflation. This is causing worldwide rates to drop. Our rates are well below comparable time period securities of other countries, holding rates low and causing treasuries with longer terms to drop in rate. These directly affect mortgage rates. Much of this low inflation is due to dropping energy costs as oil prices have plummeted.

Oil prices- In the past few months the price of a barrel of oil has dropped from over $100 per barrel to under $70 per barrel. The cost at the pump has dropped on average 88 cents a gallon since July to a US average of $2.82. California prices are a little higher. This brings gas prices to the lowest levels since 2009.

Mortgage Rates – The Freddie Mac Primary Mortgage Survey reported that the 30 year fixed mortgage rate average for the week was 3.97%. The 15 year fixed was 3.17%.

US jobs – In October employers added 214,000 jobs and the unemployment rate was 5.8%. The November figures will be released at the end of next week.

California jobs – California gained 41,500 non-farm jobs in October. The California unemployment rate remained unchanged at 7.3%. November figures will be released in the 3rd week of December.

Pending home sales were up in October – CAR reported their Pending Home Sale Index last week. Pending home sales in October were up 2% from September. This was the second straight month of rising pending sales which is an indicator that the November sales figures will show an increase as these transactions close.

Consumer Confidence – Consumer confidence rose to a 7 year high according to the Thomson Reuters/University of Michigan index. This was fueled by dropping gas prices, increases in employment, and rising stock prices. It also led to increases in projections in the holiday retail sales expectations.

I have seen a good pickup in activity. It seems that the real estate market has picked up at a time of year that it usually slows down. Inventory levels have dropped after increasing throughout the year. This is causing more multiple offers. We are also seeing homes that sat for a while beginning to sell. Some with multiple offers after not seeing an offer for several weeks! I would not be surprised to see prices surge in the near future! I am sure that lower interest rates are having an impact. It now looks like rates may remain low for longer than expected. Every expert had expected them to rise. Now that gas prices have plummeted and inflation has been so tame the expectations are for rates to remain low!

I hope you are having a Happy Thanksgiving Weekend!