This year marked a great year for real estate as far as price increases, the ability for sellers to sell, and for realtors to get homes sold.

The big problem that seems to have evaded a lot of chatter is the number of homes sold. Home sales each month this year have averaged about 14% below levels for the same monthly average since DataQuick began tracking sales in 1988. If you think about how many more homes there are every year, and how much larger the population is, it defies logic to gave fewer sales than 25 years ago!

This has nothing to do with buyer demand, or their ability to qualify for a mortgage, or even jobs. That’s evident with almost three quarters of our home sales in which there are multiple offers. It’s also displayed in the home inventory levels. A 6 to 7 month supply is considered a normal market. We are at a 3 1/2 month supply. We were trending up in August but that trend has reversed dramatically in the last 90 days.

The million dollar questions are: “Why are so few sellers putting their homes up for sale? And “When will this trend reverse”? No expert has any explication.

We do know that first time landlords are at an all time high level. This began when prices were low and people were buying a new home while renting out their current home, waiting for prices to rebound. Now prices have rebounded and they are still keeping them rented. Low interest rates have also contributed. Many people are able to pull money out of their current home and rent it rather than sell. A one million dollar mortgage today can carry a $2,600 a month payment on a 3 or 5 year fixed. That enables people to borrow more. We know this is one of these issues, but that alone can not explain how we could be near at 25 year low in the number of sales as DataQuick reported in November.

The next issue is the loss of stated income loans. Many homeowners that would sell and buy another are self employed and write off too much to qualify for a home and need to stay in their old home that they bought and financed before 2007. Although a few lenders do have stated, they are hard to get and much more expensive. Mortgage reform pretty much put an end to these loans as verifying income was required on owner occupied loans.

Lastly, many people think they won’t qualify for a loan when they would. In a recent study two thirds of people that thought they would not qualify really would. Perhaps many homeowners that would move up are not because they feel they can’t qualify for a new home if they sold their current home.

This trend may reverse a little in 2015 as people that rented homes sell to take profit because they feel the market may be topping out. We could see some more stated loan options as lenders push for more ways to loan out money, as this trend of fewer sales has hurt them as well. Some that had no equity for a down payment in recent years that now do, combined with lower down payment options from lenders, will also help. I’d expect to see more sales in 2015 than 2014, but unfortunately below average levels. This will also place more upward pressure on prices. Expect to see prices rise another 7 to 10%. Anytime you have more buyers than sellers you are going to see prices rising! 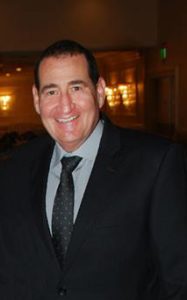