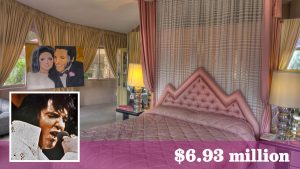 Midcentury Modern home in Palm Springs that was once leased to Elvis Presley is for sale at $6.93 million – a 27% price drop from a year ago when it was listed at $9.5 million.

Known as the honeymoon hideaway of the King of Rock ‘n’ Roll, the early ’60s house was leased by Presley starting in 1966 for $21,000.
Open for tours and events in recent months, the glass-and-stone home was constructed by custom builder Robert Alexander and consists of four circle-shaped living spaces set on three levels. Modernist architect William Krisel used curved walls of stone, a round kitchen island and a circular fireplace in the center of the living room to further emphasize the distinctive shape.

The 4,695-square-foot house retains its period vibe. Dining and living rooms, a bar, a breakfast bar, four bedrooms and five bathrooms are among the living spaces. Views take in the Santa Rosa Mountains and Coachella Valley.

A swimming pool, a tennis court and a fruit orchard complete the 1.25 acres of grounds.

Presley, who died in 1977 at 42, transfixed generations with his Grammy-winning songs, TV and live performances and movie roles. Among his enduring hits are “Jailhouse Rock,” “Love Me Tender” and “Hound Dog.” 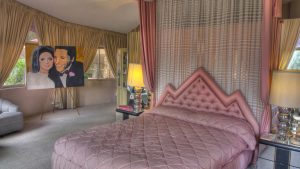 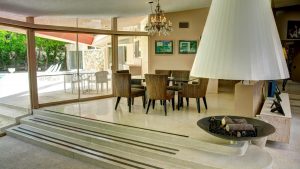 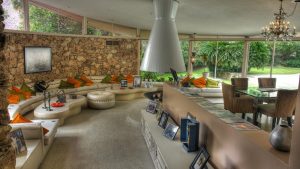 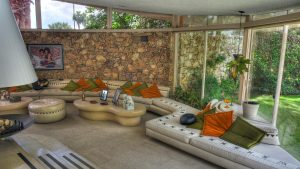 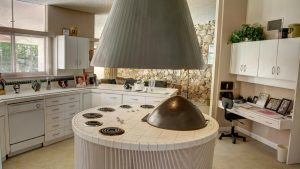 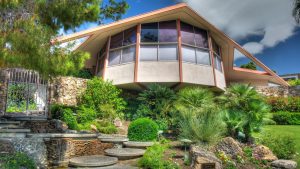