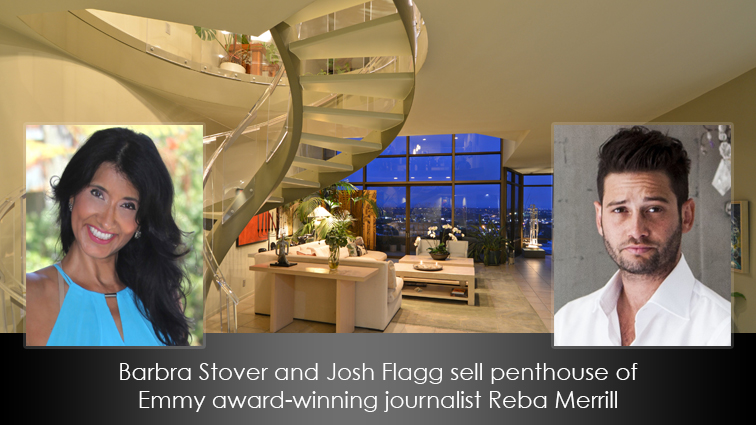 The two-level, 3,092-square-foot Contemporary has floor-to-ceiling glass walls that exquisitely showcase the breathtaking views of the city. The main floor features a custom chef’s kitchen, a bedroom/den, a full bath and a living room that opens up to one of two balconies. A dazzling spiral staircase leads you to the second level where there are 3 bedrooms and 2 bathrooms, including a large master suite with jaw dropping views.

In a tweet, Merrill mentioned she was selling her penthouse and buying a smaller condo with a smaller view. The international entertainment journalist has traveled around the world interviewing nearly a thousand A-list celebrities and movie stars. She hosted four talks shows: REBA and Good Morning Arizona, ABC in Phoenix and Sun Up San Diego, CBS and Cox Cable’s That’s Life, which earned her an Emmy Award as well as a Cable ACE nomination. Merrill is also an author who has chronicled her life as a celebrity interviewer in her fearless memoir, “Nearly Famous: tales from the Hollywood trenches.”