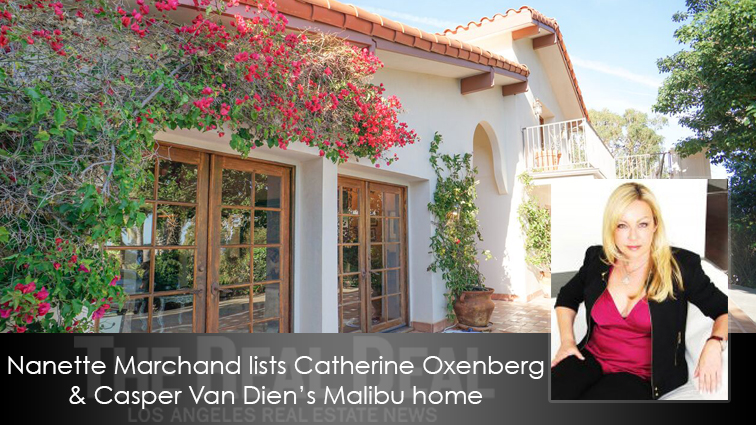 Dynasty actress Catherine Oxenberg and Starship Troopers star Casper Van Dien have listed their Malibu home. The Mediterranean gated country villa is listed at $2,995,000. Nanette Marchand of Rodeo Realty Beverly Hills is one of the listing agents to the property. Her listing has been featured on The Real Deal LA, Los Angeles Times and Who’s Who in Luxury Real Estate. 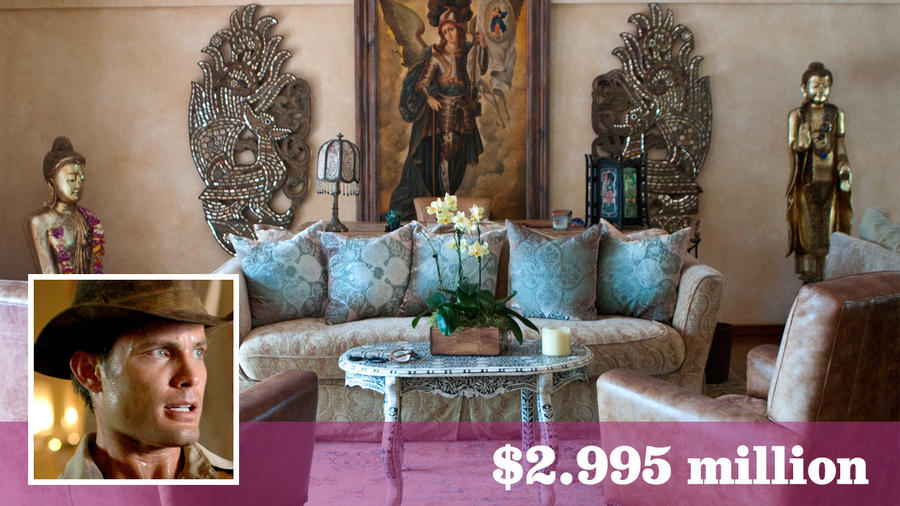 The 3,701 sq. ft. home is nestled in the hills of Malibu just past Trancas Canyon and directly across from Broad Beach. The home has 4 bedrooms on the main level and a luxurious master retreat upstairs. The main living room greets you to reclaimed douglas fir hardwood floors, flawless Venetian plaster and vaulted ceilings. Each room opens via French doors to its own garden. The villa comes with a salt-water pool, an ocean view and is situated on an acre of rolling green lawns, koi ponds, fountains and tranquil quiet places. 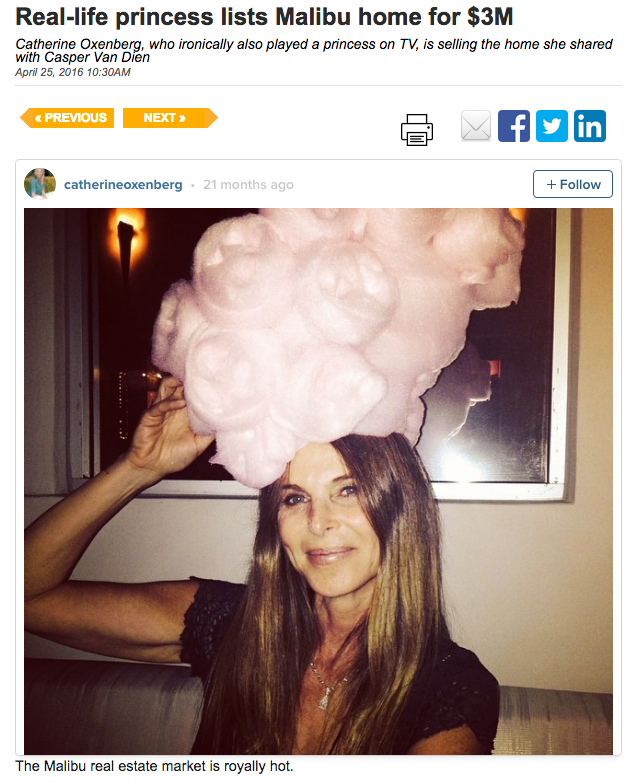 Catherine was born in NYC, raised in London, admitted to Harvard University, and transferred to Columbia.

It was fitting that the award-winning actress began her career in 1982, portraying Diana, Princess of Wales, in the biographical film The Royal Romance of Charles and Diana. Her mother is Princess Elizabeth of Yugoslavia and she is a direct descendant of Empress Catherine the Great of Russia. Her regal bearing made her the perfect choice to play Amanda Carrington on the hit TV series Dynasty.

Oxenberg, venturing into the unscripted world, satirized her princess image by showing a humorous, behind-the-scenes portrait of her life as a wife and mother of 5, on Lifetime’s I Married a Princess reality series.

Her most recent endeavors are inspired by her research in the realm of conscious sexuality and her passion to combat sexual illiteracy – http://catherineoxenberg.me http://thebodyofbliss.com http://sexology.com

Van Dien’s breakthrough role was as the lead in Paul Verhoeven’s 1997 sci-fi film Starship Troopers. He was also in Tim Burton’s critically acclaimed film Sleepy Hollow as Brom Bones. He was the 20th Tarzan and the only one to ever film in Africa and ride an African elephant in the Warner Bros. 1998 film Tarzan and the Lost City.

His most recent victory has been behind the camera as a Director. He has directed three films in which he also starred. His second film Patient Killer won best film and best director awards and was bought and aired on Lifetime.

For the Who’s Who in Luxury Real Estate press, click HERE