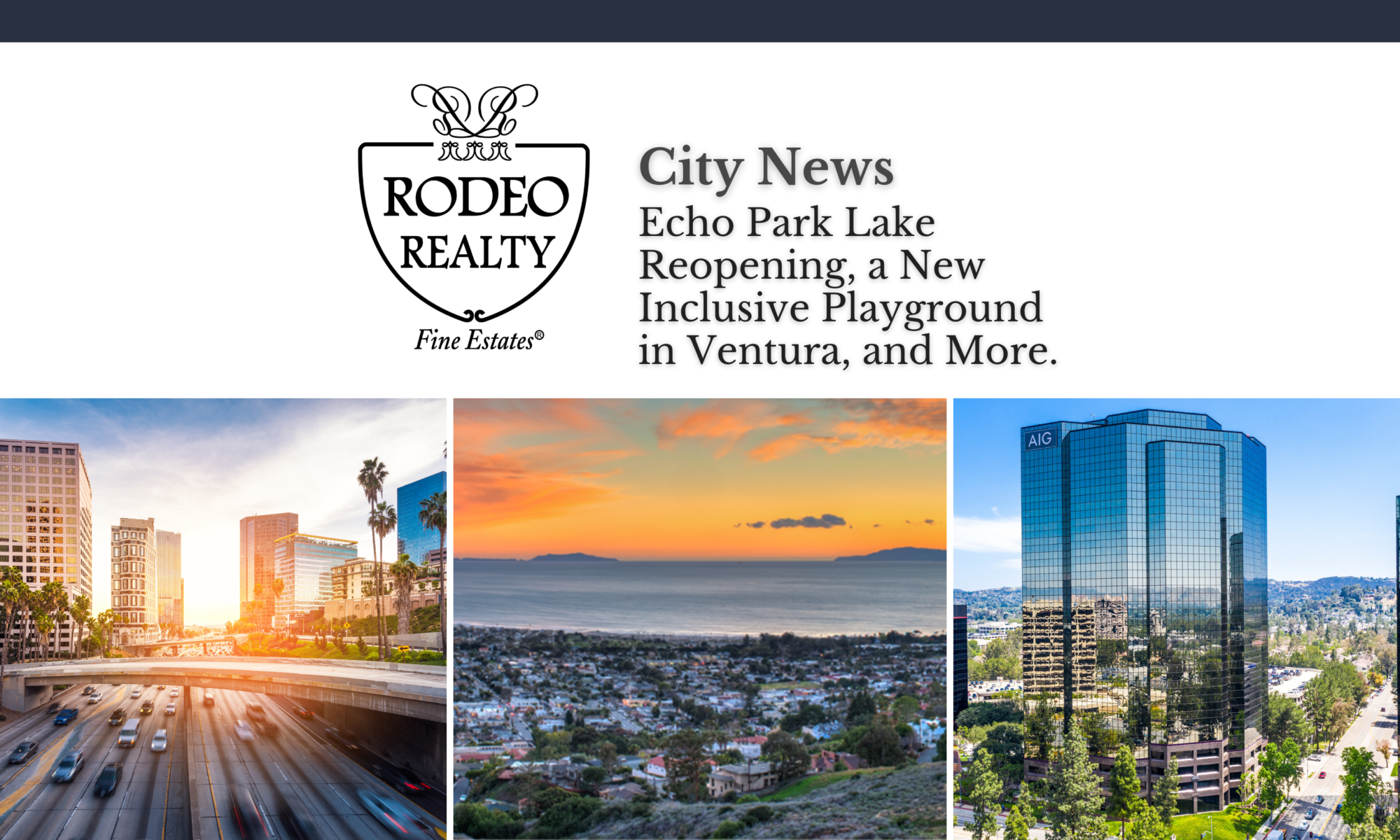 From LA to the Valley, the coast to the city, we are breaking down this week’s top local headlines. Stay current on the latest city news for your area and never miss a beat. In this week’s blog, we’re talking about Echo Park Lake reopening, a new inclusive playground in Ventura, and a huge win for a local Woodland Hills school.

Officials announced this week that Echo Park will reopen to the public on May 26 after a two-month closure. As a result, the reopening comes after the city allocated $1.1 million for improvements and repairs to be made to the 29-acre park. For instance, according to a Council District 12 statement, security cameras have been installed in the park “to help ensure that Echo Park remains safe and secure for all park users. In addition, other improvements include upgrading public restrooms and repairing electrical and irrigation systems. District Councilmember Mitch O’Farrell also said in a statement that “When Echo Park Lake reopens, the City will ensure that it remains safe, clean, accessible, and secure for all who wish to use this shared public space. The community can count on that”.

The city of Ventura announced this week that construction is underway for a fully inclusive play area. Most importantly, plans for the play will allow for enjoyment for children of all abilities. The play area will be located at Arroyo Verde Park. Likewise, the new inclusive play area will have gathering places, a sensory garden, a motion-inclusive carousel, and more. Community members, families, and medical professionals provided input into the play area’s design. Consequently, it was through these talks that park designers were able to develop an adaptive play space where children of all abilities can play together. “The Arroyo Verde Park play area is the city’s first all-inclusive playground,” said Mayor Sofia Rubalcava in a statement. “This space will be a place where everyone in the community can come out to have fun and experience the joy of community connection and play, regardless of ability or age.”

Students of El Camino Real Charter High School have nabbed their fifth consecutive national title in this year’s Academic Decathlon. The Woodland Hills high school students earned a complete of 55 medals in varied classes of the competition. In addition, this would make for the second honor of the year for the El Camino Real Charter High School students. Similarly, the decathlon participants also received the Southern California Independent Charter Academic Decathlon Regional Competition, held nearly on Jan. 30 and Feb. 6.