Los Angeles is a vibrant, charming city nestled in southern California. It is home to the United States’ film industry, perfectly symbolized by the Hollywood sign. The city has a rich history, dating back to the 16th century when southern California was under Spanish rule. Los Angeles was a Mexican administrative post in the 19th century, experienced the development of railroads and the movie industry [in the 20th century]. All these historical influences are chronicled in historic LA sites that you can explore like a local. 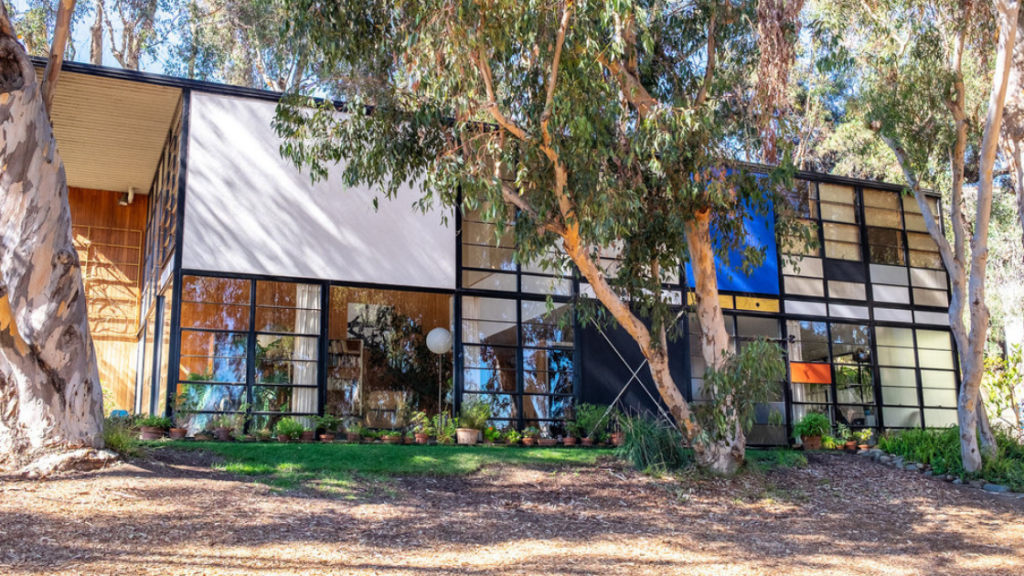 Located in Pacific Palisades, Eames House was built by Charles and Ray Eames in 1949. It features a glass exterior that features large, color-blocked panels that give it its unique Mondrian-style architecture. You can reserve your visit for $10 to tour the exterior and imagine how the Eames moved around during the 40s. 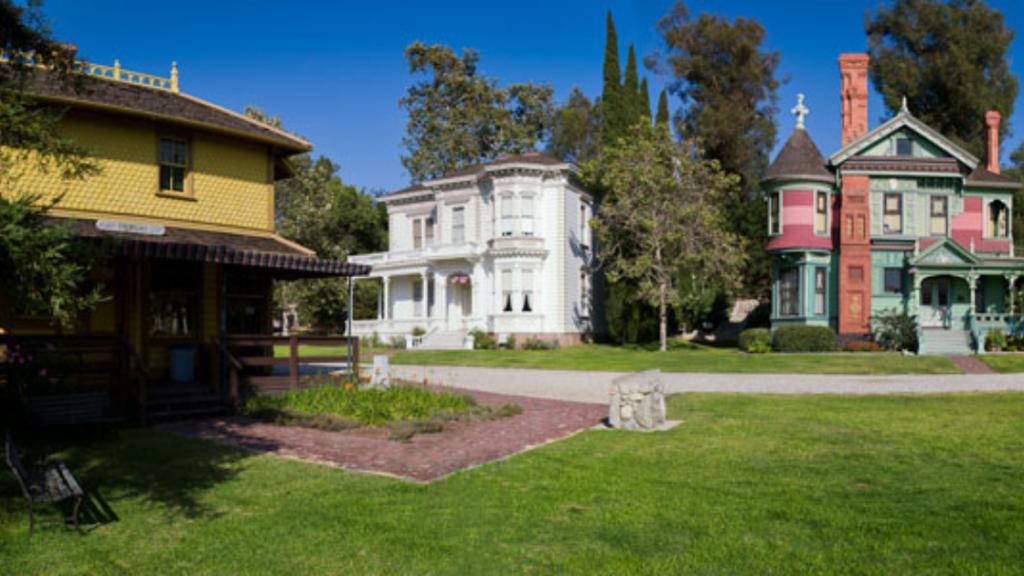 If you’d like to learn about LA’s Victorian architecture and lifestyle during the mid and late 1800s, visit the Heritage Square Museum. Tour the living history museum and learn more about life during the Victorian age, the Pasadena Church, Palm railroad station, and early residences. 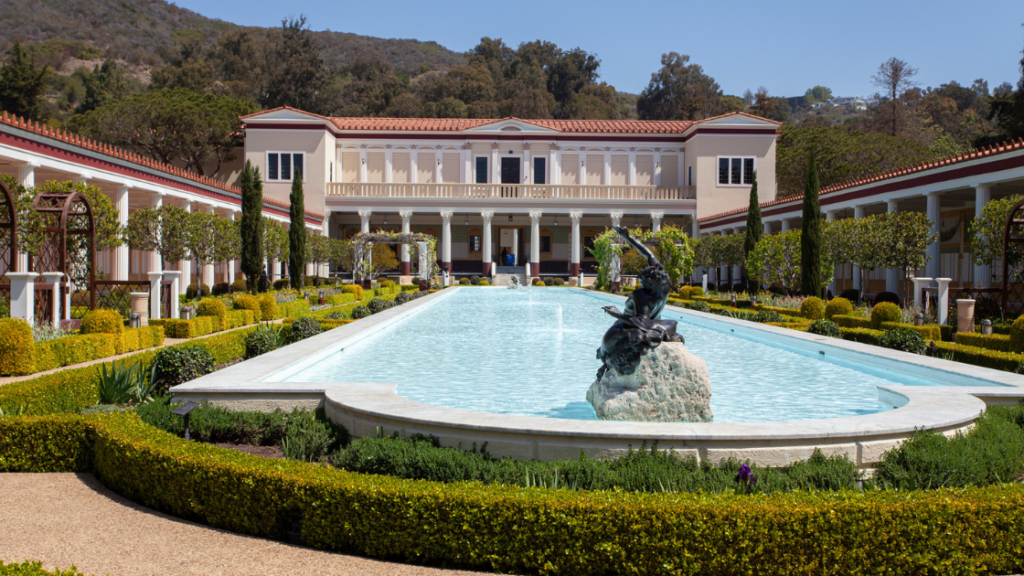 As most Angeleno’s know, the Getty Villa came to be as a result of J Paul Getty’s enthusiasm for collecting Greek and Roman antiquities in the 1950s. The villa, however, was built in 1974 and featured Roman-style homes of the 1st Century AD. It’s an excellent place to observe unique architecture and a collection of over 40,000 exhibits. 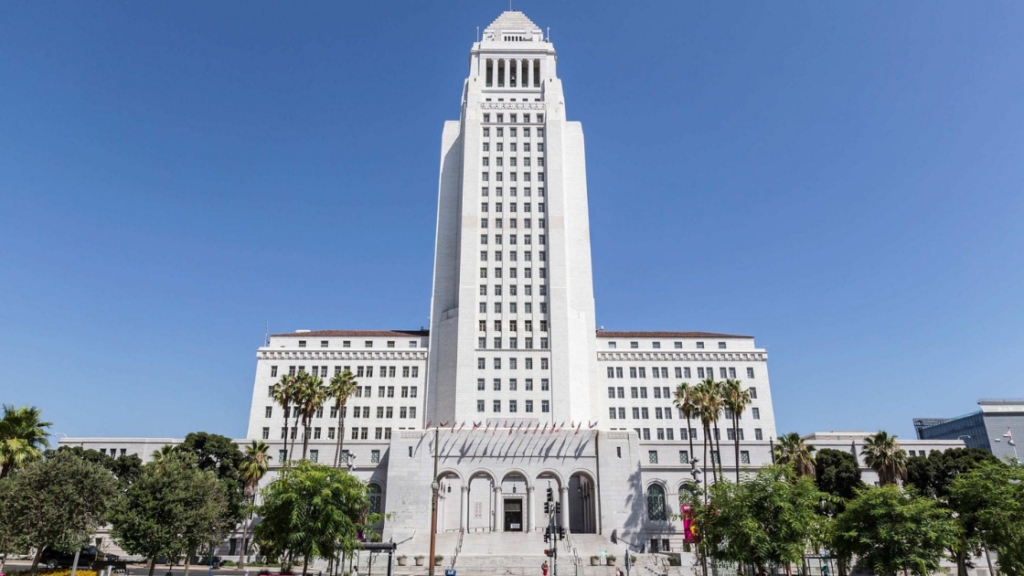 The LA City Hall’s construction took place in 1928.  It features classic pillars, monumental steps, and contemporary and classical art décor, making it one of the most significant landmarks in the city. 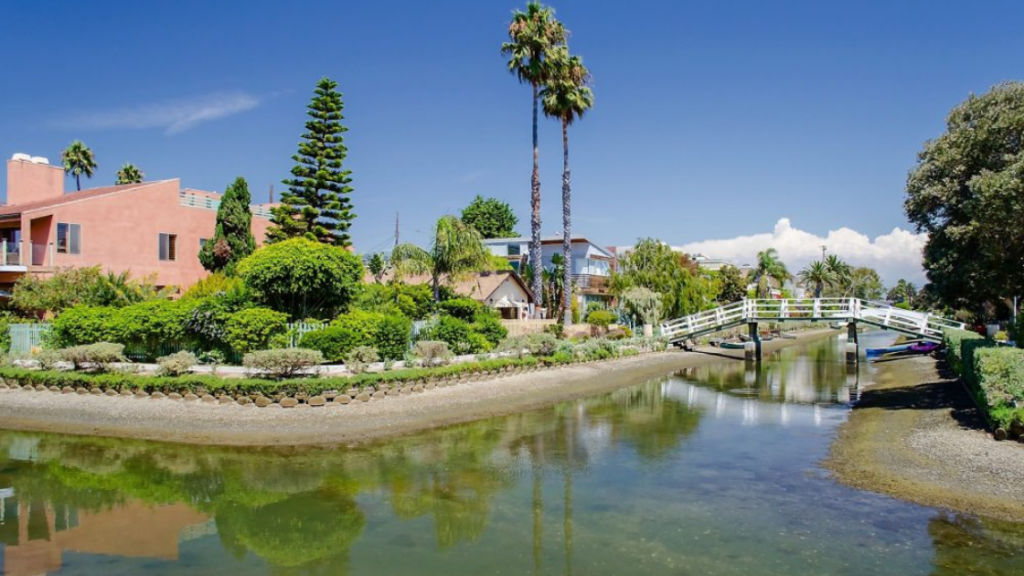 A quiet and relaxing place, the Venice Canal has been a stable for  Abbot Kinney since 1908, inspired by the canals in Venice, Italy. Visit the area and walk on quaint bridges as you awe in the design building surrounding the area. 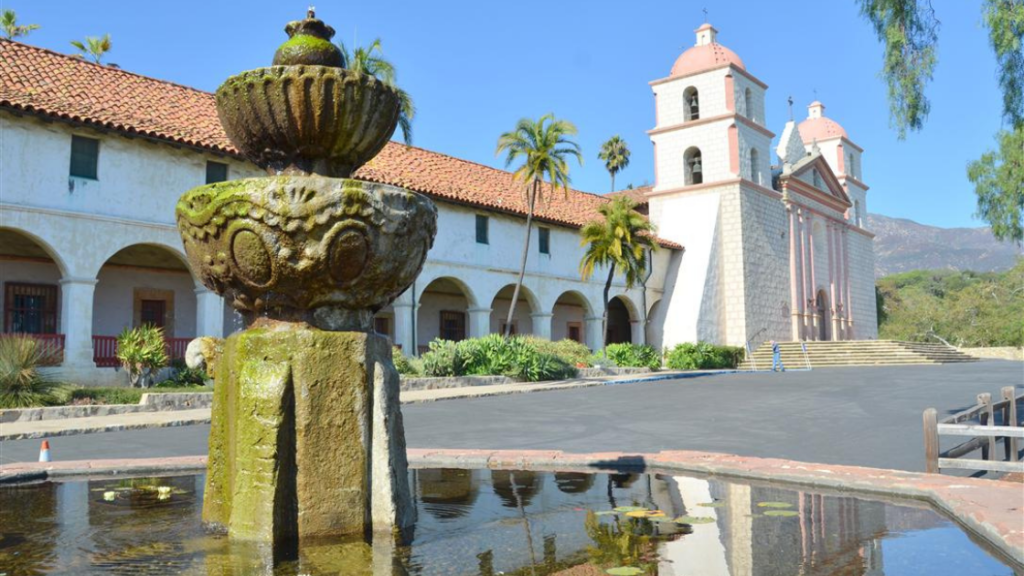 The Old Mission in Santa Barbara is one of the remaining structures in Los Angeles dating back to the Spanish colonial era. Built in 1786, the Spanish created the mission center to convert the Chumash people into Catholicism. Tour the mission grounds and explore the historic cemetery and museum, sacred garden, and original Chumash fixtures. 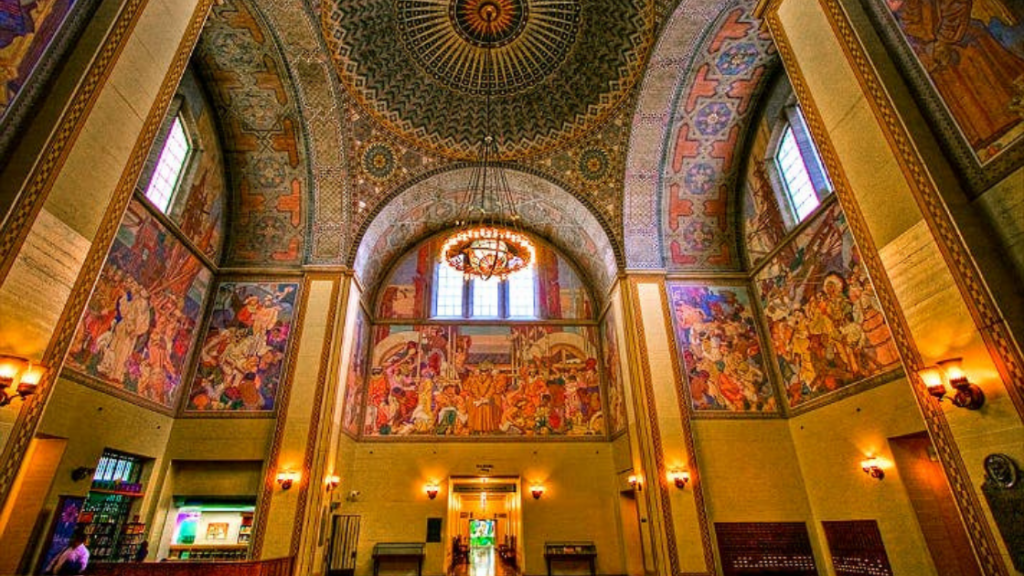 In Los Angeles, the books at the Central Library aren’t the attraction, but it’s the 1926 building that draws people. Its exterior features a colorful, tiled pyramid tour and bas reliefs. The interior has an awe-inspiring ceiling mural in the rotunda section, paintings, and two marble sphinxes. 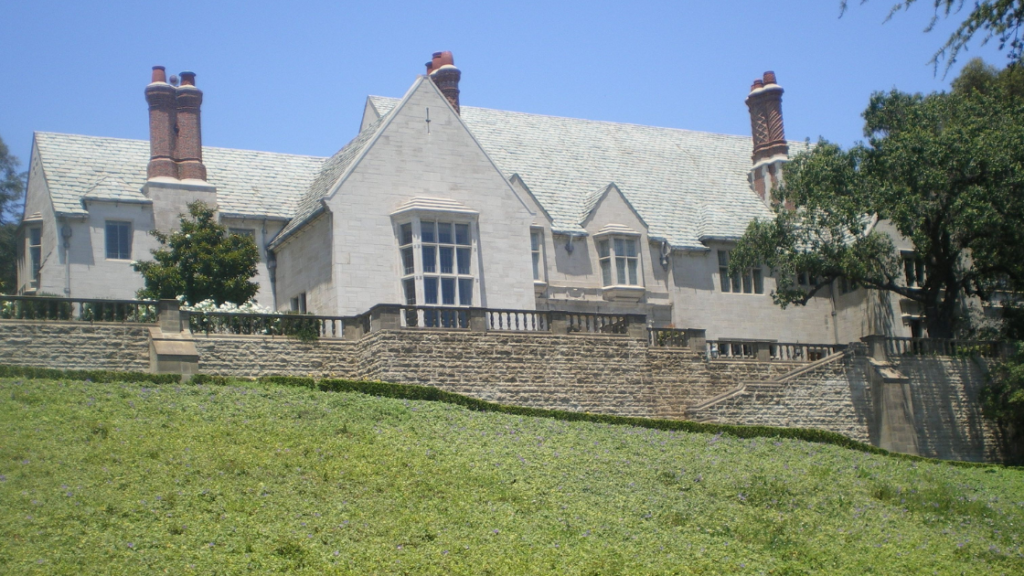 Ned Doheny, the only child of a renowned oil baron, Edward Doheny, moved to Greystone Mansion in 1928. History has it that Ned died less that year later in Greystone’s guest room, supposedly murdered by his revered confidant and secretary, Hugh Plunkett. Today, the estate is a park featuring European-style gardens and fountains. 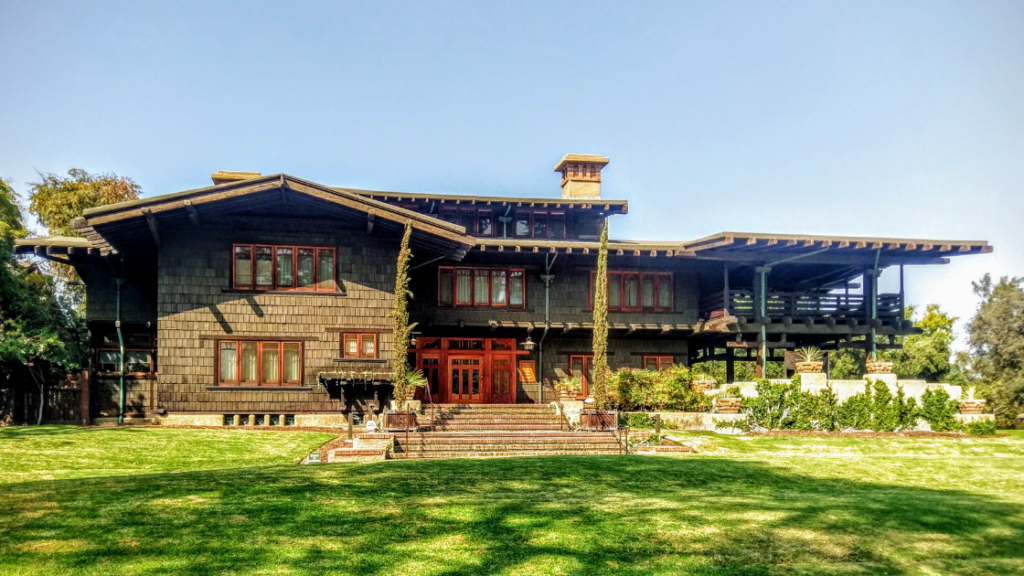 The former estate to the heir of Proctor and Gamble,  architecture firm Greene and Greene built Gamble House in 1908. The attractive aspect of the house is its exceptional arts-n-craft style, featuring mahogany construction, zigzag staircase, and beautiful art glass. 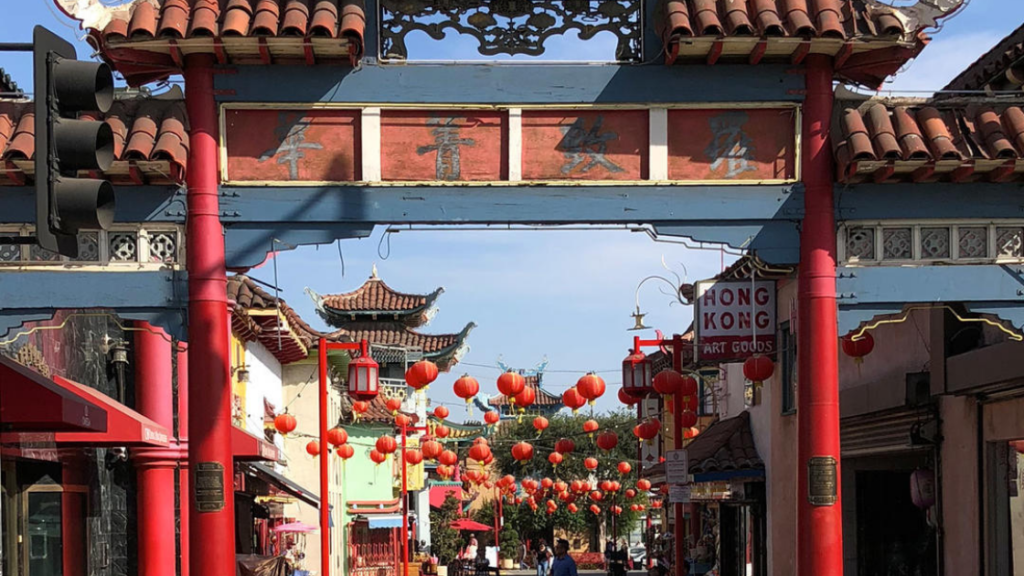 The Chinatown Central Plaza became established in 1932, becoming a new hub for the Chinese community and locals. Tour the plaza and see Chinese architecture, eat authentic Asian cuisines, or join the elderly in traditional board games.

Los Angeles has a long history. While you can’t experience the actual experiences and lifestyle in the ancient days, you can visit the city’s historical sites and still feel a tinge of nostalgia when you sight ancient architecture, museums, and cultural centers.