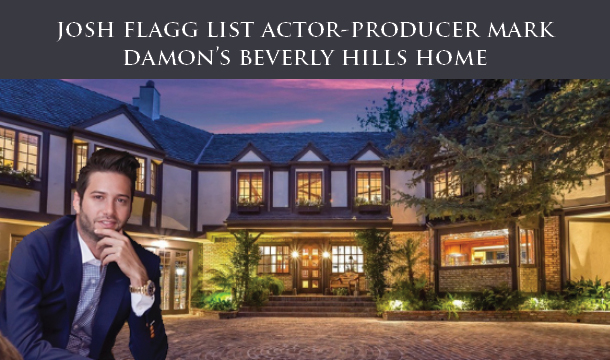 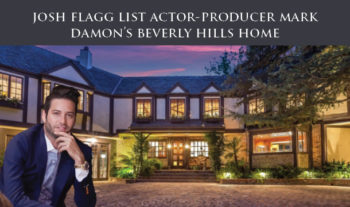 The tudor-style estate hit the market for $8.995 million and sits on about 2 plus gated acres of land. Known as the Lodge, the 11,000 square foot home, is nothing short of spacious.

The property is located in the Beverly Hills Post and “is full of character” as the LA Times describes it. One could certainly agree, unique features like a private deck Japanese Tea room.

Built in 1972, the home also features panoramic views, a swimming pool and spa among other notable highlights like its rustic den and wet bar.

Mark Damon has resided at the residence since 1984. He purchased the home from the late Sandy Gallin for $2.4 Million. The Award Winning producer is known for larger credits such as Monster which earned Charlize Theron an Oscar. As well as other bug hits like “Mac and Me”, “2 Guns” and “Lone Survivor”. He also is an established actor with credits prior to becoming a producer that include “House of Usher” and “Johnny Yuma”.

The listing is held by Josh Flagg along with his “Million Dollar Listing” co-stars and co-listing agents James Harris and David Parnes of The Agency.